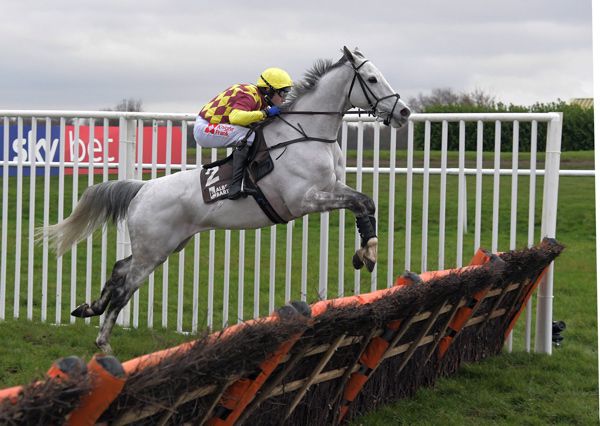 The Becher Chase at Aintree and the Welsh Grand National at Chepstow are both under consideration for Ramses De Teillee following his battling victory at Cheltenham.

The high-class staying chaser successfully switched back to the smaller obstacles to win a couple of Grade Two novice hurdles last season, before finishing down the field in the Albert Bartlett and in the French Champion Hurdle.

He got back on the winning trail with a short-head triumph over Yala Enki in a Grade Three event at Prestbury Park and could tackle the Grand National fences on his next appearance.

Pipe said: “What a horse. He battled all the way to the line and he’s been brilliant for his owners and everyone at Pond House.

“He’s entered in the Becher at Aintree and the Welsh National and I expect he’ll be going for one of them.

“The Becher might come a bit quick as he had a tough race the other day, but it’s a possibility. We’ll see what the ground is like, too.”

There was a fifth County Tipperary trained winner in succession at Clonmel today when 40/1 chance Pepite De Belle sprung a surprise for Cashel’s Sam Curling in the concluding Next Meeting Thursday January 7th (Q.R.) Maiden Hurdle.

On one of the better cards at Clonmel there’s been plenty of Tipperary success and there was more when Crack On Corrie scampered away with the Adare Manor Opportunity Handicap Hurdle.

Second in the race last year Mary Frances stepped up to the number one spot in style in the Jim Strang & Sons Kilsheelan (Peugeot) Hurdle at Clonmel today. Completing a day of days for trainer Martin Hassett she was bringing up a 26 and a half to one double for the local handler.

Second favourite No Grey Area’s (9/2) struck on his second outing outside of bumper and maiden company when landing the Powerstown Handicap Hurdle at Clonmel today.