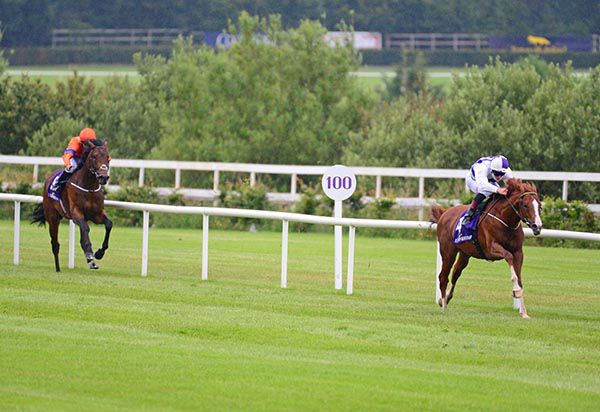 Shane Kelly produced his mount with a withering run down the outside to lead over a furlong from home and the race was over in a few strides.

Making a mockery of his initial mark of 68, the Manduro half-brother to 2015 Ebor winner Litigant won by seven long lengths in the end from Dawn Over Owning.

The winner had his third run in maidens when finishing mid-division in the hot contest featuring the subsequent Irish Derby runner-up and third Tiger Moth and Dawn Patrol over course and distance last month.

It was a double for Johnny Murtagh, after his earlier Group 3 win with Know It All, and he said: “His work has really stepped forward in the last few weeks.

"Shane was very happy with him after his run here and when you look at the form it was one of the best maidens run this year.

“We put blinkers on him the other day and he worked really well with horses that have been winning. His owner Dermot Cantillon was with me when he was working so he was happy.

“Hopefully he can progress through the ranks.”