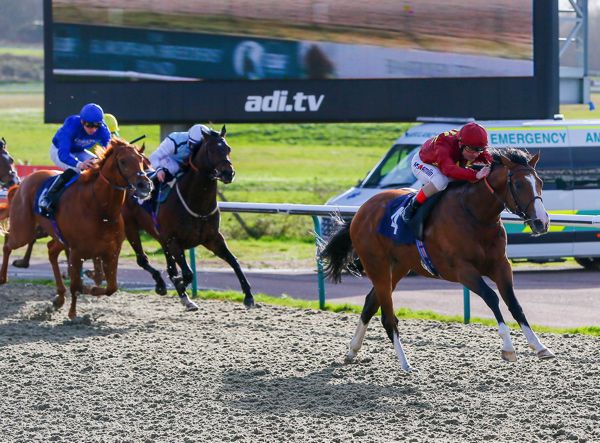 The Newmarket handler had been looking towards Monday's German 2000 Guineas at Cologne with his charge, who won an Italian Group Three last term and was on the mark in Listed company at Lingfield in February.

However, Deutscher Galopp announced on Tuesday that runners from Britain, Ireland and France would not be permitted as access to racing in those countries for German runners is not clear.

Botti was not surprised by the news and connections have already adjusted their plans.

He said: "Unfortunately we found out on Tuesday morning that we wouldn't be able to run.

"I think we will aim him towards Royal Ascot, for the St James's Palace or Jersey Stakes - I think seven furlongs suits him."

Botti and owners Earle Mack and Les Boyer had thought about tackling the Qipco 2000 Guineas, which is scheduled for June 6, but felt it might not be an ideal test for the Casamento colt.

The trainer added: "I talked with the owners (about the 2000 Guineas) and we just felt that a mile on a stiff course like Newmarket might be too big an ask.

"He's had a run so he might have a fitness advantage, but we just thought it may be too much to ask."

Patience pays off with Hogan's Nebo

Tom Hogan trained his first winner since the demise of his superstar Gordon Lord Byron when Nebo sprang a surprise in the Irish Stallion Farms EBF 'Habitat' Premier Handicap at Cork.