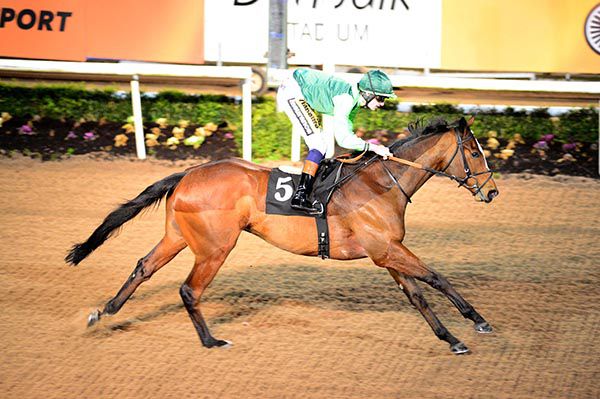 Epsom Derby sixth Delano Roosevelt is among five possibles from the Aidan O’Brien stable for the Queen’s Vase at Royal Ascot on Wednesday following the six-day confirmation stage.

The Pentagon and Kew Gardens, who were eighth and ninth respectively in the colts’ Classic, also feature in the provisional list from Ballydoyle.

Ante-post favourite is another of O’Brien’s entries, Southern France, who has won his last two starts in the style of an exciting young stayer. Nelson completes the O’Brien quintet.

Mark Johnston is also mob-handed with four possibles, though Mildenberger is more likely to head for the King Edward VII Stakes.

Other strong contenders include John Gosden’s Stream Of Stars and Cross Counter from Charlie Appleby’s stable.

The O’Brien-trained Hydrangea, who heads the market for the Duke of Cambridge Stakes, is among 12 left in the Group Two contest over the straight mile.

She has also stood her ground in the Prince of Wales’s Stakes on the same card. O’Brien’s other possible is Rhododendron, but she is more likely to run in the Queen Anne Stakes on Tuesday.

Leading the home team are Marco Botti’s Aljazzi, who was runner-up 12 months ago, and Roger Varian’s Tomyris, winner of the Group Three Chartwell Fillies’ Stakes at Lingfield.

Tribute Act has been supplemented by trainer James Fanshawe and owners the Elite Racing Club.

The four-year-old already held an entry in the Royal Hunt Cup the same day, but it is doubtful she will make the cut in the maximum 30-runner field for the big mile handicap.

David Marnane will be relieved Settle For Bay is guaranteed a place following the confirmation stage.

The four-year-old will be the County Tipperary handler’s only intended runner at the Royal meeting.

“He’s a nice horse and we’re quite excited,” he said.

“He’s short enough in the betting.”

Marnane has had the Hunt Cup as a long-term target after Settle For Bay returned from a pelvic injury to notch a four-timer during the winter.

The trainer said: “He hit a mark of 99 there so we thought the Hunt Cup might suit him over a strongly-run mile, so we put him away.

“He had a comeback run last month at Leopardstown. We couldn’t have been any happier with the run. He was fourth carrying top weight and didn’t get the clearest of runs and came home very strong.”

Major ante-post fancies Afaak and Lord Glitters remain on course but of those prominent in the market, Keyser Soze still needs a number of horses to come out at the final declaration stage to take his chance.

Topping the 31 entries for the Queen Mary Stakes is American raider Chelsea Cloisters, who will bid to give trainer Wesley Ward a third victory in four years.

Among 37 entries in the Jersey Stakes are James Garfield, Expert Eye, Headway and Nebo, who all ran in the 2000 Guineas.