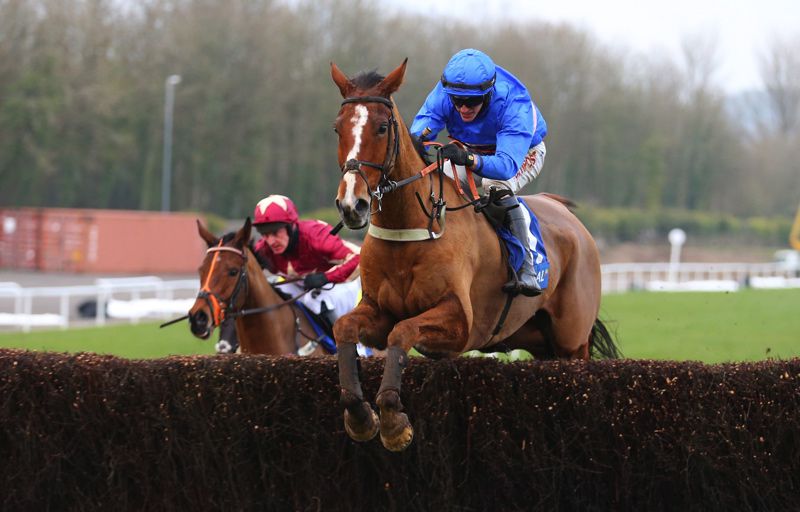 Bristol De Mai heads a maximum field of 40 in the Randox Grand National — but the strongly-fancied Secret Reprieve is only a second reserve at this stage.

Trained by Evan Williams, Secret Reprieve won the Welsh National in December and has been kept fresh in the hope of a crack at the world’s greatest steeplechase on Saturday.

However, it has been touch and go whether he would make the cut or not — and as only The Storyteller was not declared at the 48-hour stage, Secret Reprieve’s connections are still sweating.

Should there be any non-runners before 1pm on Friday, the reserve system will come into play.

Dan Skelton’s Blaklion was the beneficiary of of The Storyteller’s no-show and creeps in as number 40. The first reserve is John McConnell’s Some Neck, with Kauto Riko third reserve and Fagan the fourth and final one.

Ante-post favourite Cloth Cap will aim to give Trever Hemmings a record fourth win in the race following the successes of Hedgehunter, Ballabriggs and Many Clouds — and his trainer Jonjo O’Neill is chasing his second National, having won with Don’t Push It.

After their domination at Cheltenham, the Irish battalion bring a strong team in which Ted Walsh’s Any Second Now is well touted.

Willie Mullins is without the services of Paul Townend, who suffered an injury at Fairyhouse earlier this week. He is replaced on Burrows Saint by Patrick Mullins.

Denis O’Regan comes in for the ride on Tony Martin’s Anibale Fly, who has run well in the race twice before and has also twice been placed in the Cheltenham Gold Cup.