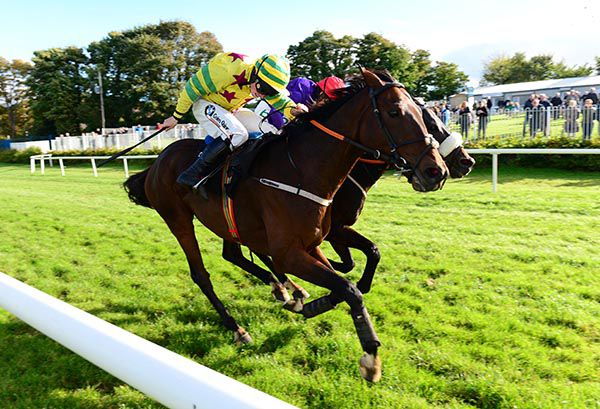 Eddie Cawley's Select Opportunity came with a strong surge on the run-in to land the spoils in the two-mile-five handicap chase at Sligo.

The 16/1 shot was opening his account at the 18th attempt and had been well beaten on his five previous outings this year.

Andrew Lynch produced him to challenge at the final fence and he found more on the run-in to gain a hard-fought neck success over Redwood Boy.

Cawley said afterwards:- “I’m originally from this neck of the woods so I like to come down here and have a winner.

“Andrew was very good on him, and he had to be very strong. He made a mistake down the back and I thought that’s it he’s gone.

“It was his first run in a handicap (over fences). I was hopeful and he’s run plenty of races over hurdles.

“He was to run in Ballinrobe last week but had a stone bruise. I thought he would have won over hurdles before now and he has a few options now.”