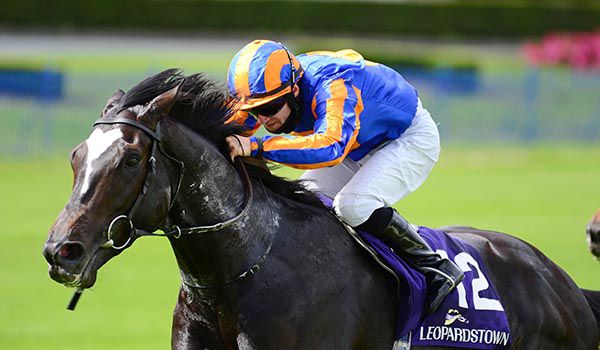 Shoshone Warrior hadn't been out for 300 days, and was stepping in trip in the mile and a half colts and geldings maiden in Leopardstown, but made light of those issues with an all-the-way success.

Wayne Lordan made full use of him off the front to come in two and a half lengths clear at 4/1 for Aidan O'Brien.

Eaglemont, the 11/4 favourite, didn't trouble the winner in second and was the same distance ahead of third-placed Mona's Star (18/1).

Wayne Lordan said: “He's a lovely big horse. The step up to a mile-and-a-half was a huge plus and that's what we felt he always needed.

“He made it a nice easy race as he jumped, travelled and got the mile-and-a-half well.”

Shoshone Warrior was seen twice as a juvenile - he was sixth behind Mogul on debut at the Curragh in August and then fifth in a novice stakes at Newmarket in October.