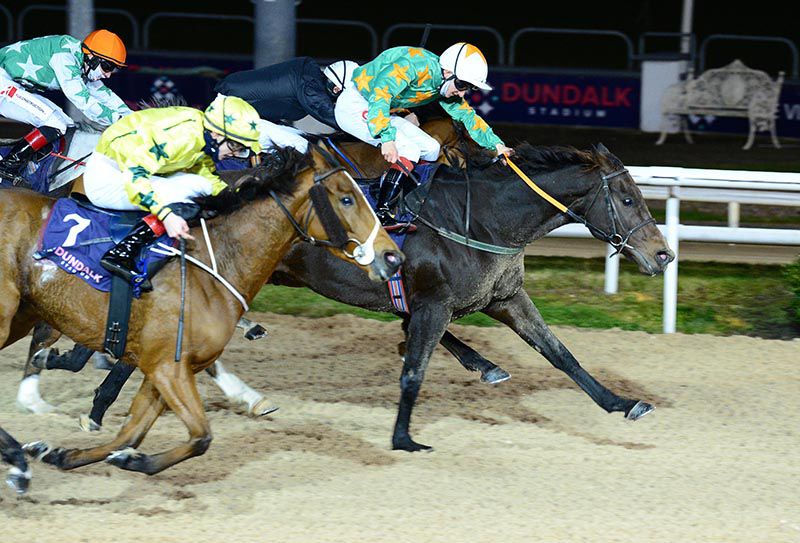 Nine-year-old Caridadi (10/1 from 12/1, and bigger earlier) put a fourth career success on the board in the Crowne Plaza Hotel Dundalk Handicap (DIV II).

It’s been over four years since Caridadi’s last Flat win, but he did triumph over hurdles at Kilbeggan in August.

On this occasion a patient Andrew Slattery delivered the Invincible Spirit gelding with his effort down the centre, and John Morrison’s charge did enough to beat Clonard Abbey by a neck.

“I rode him in Limerick the last day and he needed the run. I thought if he came on from it he'd run well,” said Slattery.

“He used to be a right old horse back in his day. The wheel just turned around and got to him again. All those 0-65 horses get their turn.

“He ran here once before when he was fourth to our own horse Sharjah (January 2015).

“He's a good solid horse and it's great to get a winner for the lads. My uncle rode winners for John so it's a family tradition!”