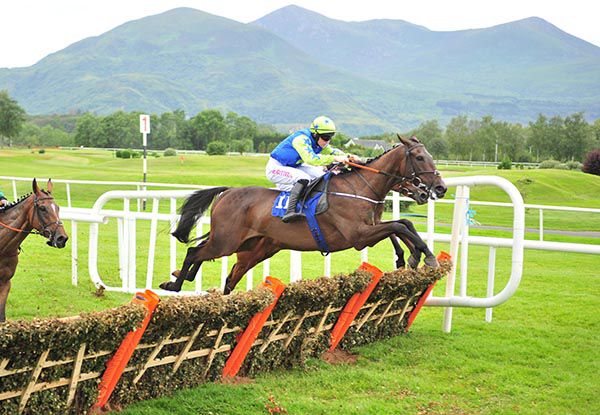 Static Jack and Jonathan Moore came with a run between horses after the second last and held a narrow lead at the final flight from Eclat Des Mottes.

They jumped it well, but still had to see out the finish by a length and a half as 4/1 joint favourite Goodnightngodbless tried to close.

Eclat Des Mottes gave best and was a further length and a half back in third at 10/1.

Gavin Cromwell said: "He is definitely better going left-handed as he was beaten a nose going right-handed at Down Royal and it cost him.

"We only have him a few weeks and he has well paid for himself now.

"It has been a brilliant spell but all the ones that are after winning, the handicapper has hit some of them pretty hard and they might struggle the next day. They have won though and it's great.

This was the 17th winner of a sizzling July for Cromwell.