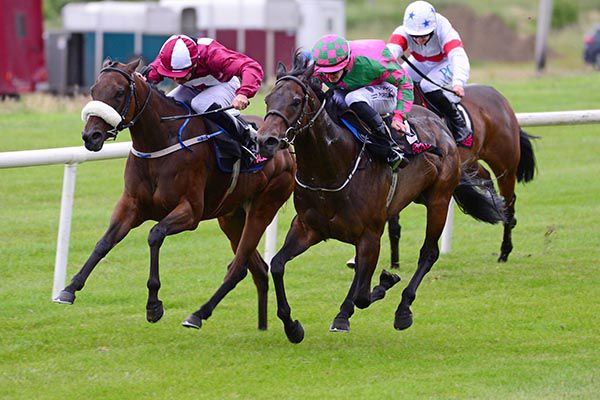 The Tough As Nails gelding is owned and bred by Larry Mulvany and trained by his son Mick, and showed definite promise at Limerick on Monday.

Ben Coen’s mount was easy to back drifting out to 100/30 (from 9/4) and, after a terrific final furlong battle, just edged out Lady Alcazar by a short head.

Dolce Sicily was three lengths back in third.

Mick Mulvany said, “I thought he’d need the run a bit in Limerick and I was hoping for softer ground here.

“He stayed on well over a mile in Limerick and is a good honest horse. If anything he’s too quiet.

“Hopefully the handicapper doesn’t give him too much as he’s a small horse. He’s our own breed and we’ll try and keep Tough As Nails going.”

Coen said, “Mick said he can be very lazy and he probably wants a bit further. I’d say there is plenty more improvement in him.”