Voyager takes the last to give Foley a double 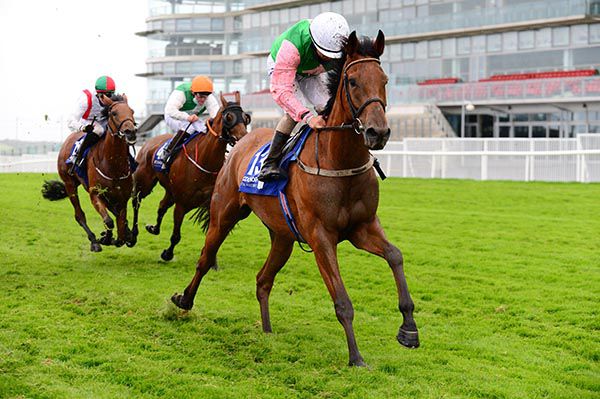 The Raven’s Pass gelding had ‘run into one’ when beaten by Flying Scotsman (a winner again the following day) here on Monday evening, but he made light of his new 4lbs higher mark with a comfortable success on this occasion.

Foley bided his time on the sweet-travelling 3-y-o before sending him to the front inside the furlong marker and he readily beat the staying-on Allora Yeats by three lengths.

A ninth winner of the Festival for Mullins, it was a third of the week for Foley and a double on the day after Lightning Jock’s win at 16/1 in the fifth race.

The winning jockey said: “He won well. He just pricked his ears when he got to the front.

“I had a lovely run around. He had a good run here on Monday so he was entitled to do that.”