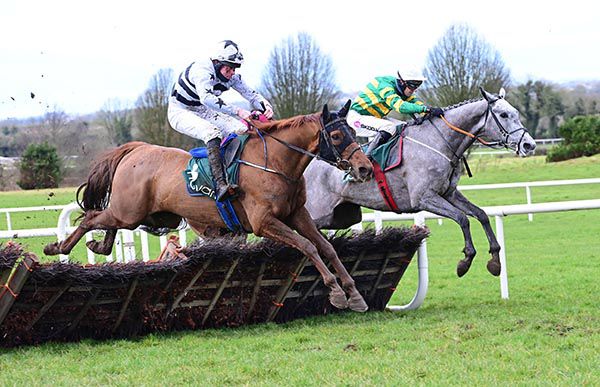 Gordon Elliott lost out by a nose in division one of the Graigs Lane Maiden Hurdle at Navan but then secured the second split by a head with Gars De Sceaux.

The well backed 8/15 favourite looked cooked when Fair Frontieres collared him after the final flight but he rallied to good effect close home to grab the spoils.

Fair Frontieres (12/1) sported a hood after being pulled up in a point-to-point at Kilfeacle almost a year ago. He showed plenty on racecourse debut.

Barbary Master was another five and a half lengths adrift in third at 7/4.

Elliott said: “Mark (Walsh) said he’s a grand horse. He missed the last two hurdles and landed on all fours.

“He’s a big, raw horse and one for next year. I’d say he won’t be a horse until he jumps a fence.

“He’s a nice horse with a good attitude. He had to be gutsy to pull it out on that ground."

This gave Walsh a double on the card as he also scored on Thedevilscoachman in the opener.