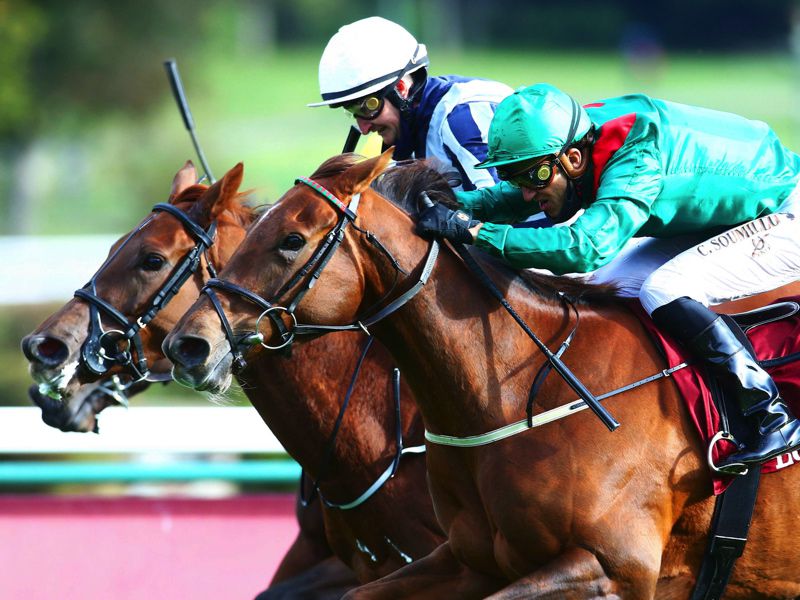 The master of Rosewell House has enjoyed huge success on the international stage, with a pair of Melbourne Cup victories and multiple top-level wins in America featuring on his illustrious CV — but a Breeders’ Cup winner has so far eluded him.

Tarnawa will cross the Atlantic with excellent claims of breaking his duck following back-to-back Group One wins in France — following up a hugely-impressive display in last month’s Prix Vermeille with a more gritty performance in the Prix de l’Opera on her return to Paris.

Weld said: “I’ve been delighted with Tarnawa. We purposefully planned an autumn campaign with her. She won the Prix Vermeille very nicely and went back and won the Prix de l’Opera and has progressed from those two Group One wins.

“We’ve kept her on the same training schedule. She’s a very straightforward filly to train. She did a nice bit of sharp work last week and I was very happy with the way she went.”

Tarnawa is entered for both the Longines Breeders’ Cup Turf and the Maker’s Mark Filly & Mare Turf in Kentucky — and Weld confirmed she is set to take on the boys in the longer of the two races, with Christophe Soumillon keeping the ride.

He added: “It’s pretty certain that she’ll go to the Turf. It’s a pretty tight track with a short straight and there will likely be a bigger field in the Filly & Mare race, so the chance of getting a bad draw increases.

“Christophe Soumillon will definitely ride her. I thought he gave her two perfect rides when she won her two Group Ones and you don’t break a winning combination.”

Asked whether he felt Tarnawa was his best chance heading to a Breeders’ Cup, Weld said: “Unquestionably.

“It would be lovely to win a Breeders’ Cup race. I’ve had very few horses with the serious chance that I believe she has of winning.”

Just a length behind Tarnawa when third in the Prix de l’Opera was Audarya, who will become multiple Group One-winning trainer James Fanshawe’s first ever Breeders’ Cup runner when she lines up for the Filly & Mare Turf.

“It’s very exciting, because for a stable of our size, when you’re never going to be champion trainer or anything like that, it’s about finding a good horse and doing a good job with what you’ve got,” said the Newmarket handler.

“Training winners is great and every winner you’re really grateful for, but to have the chance to go for a race like this is what the game’s all about.

“It’s tough competition at the Breeders’ Cup and I hate going with only half a chance. I feel this filly is really well, we’ve talked about it for a while and that’s where we’ll go.”

Audarya was winning a handicap on the all-weather at Newcastle as recently as early August, but has made huge progress since by claiming a surprise Group One win in the Prix Jean Romanet before proving that effort was no fluke behind Tarnawa on Arc weekend.

Fanshawe added: “We’ve always really liked the filly. We’d won the Romanet before with Ribbons (2014) and Speedy Boarding (2016), so I always had that race at the back of my mind. She was in good form, so we said we’d have a cut at the Romanet and she won it well.

“Having won the Romanet, we went for the Opera and she ran very well there. She was beaten barely a length and her rating has gone up from 101 to 116 this year.

“I always find if I go for a big race as an afterthought it doesn’t come off, but the Breeders’ Cup is nicely spaced after the Opera and she seems in good form.”