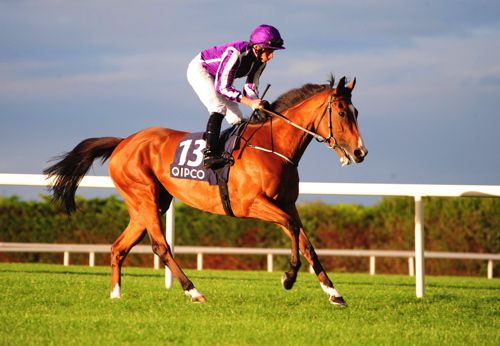 Guineas and Oaks winner Minding will take on the boys in a field of 13 for a mouthwatering renewal of the QIPCO Queen Elizabeth II Stakes at Ascot on Champions Day.

The Galileo filly had three options, but the all-conquering Aidan O'Brien has decided to drop her back down to a mile, a distance over which she has not run since being beaten by Jet Setting in the Irish Guineas.

Fahey said of the latter: "It seems disrespectful to the others I've trained but he'd be the classiest. He never blows, whatever you do with him. I've not had one like that before."

Pinatubo back in the winning groove at Deauville

Pinatubo got back on the winning trail with a stylish victory in the Qatar Prix Jean Prat at Deauville.

Impressive return from Earthlight at Deauville

Earthlight maintained his unbeaten record with an impressive return to action in the Qatar Prix Kistena at Deauville.

The Charles O'Brien-trained Rain Or Shine made it back to back wins when swooping late to land the spoils in the second division of the Crowne Plaza Hotel Handicap at Dundalk.