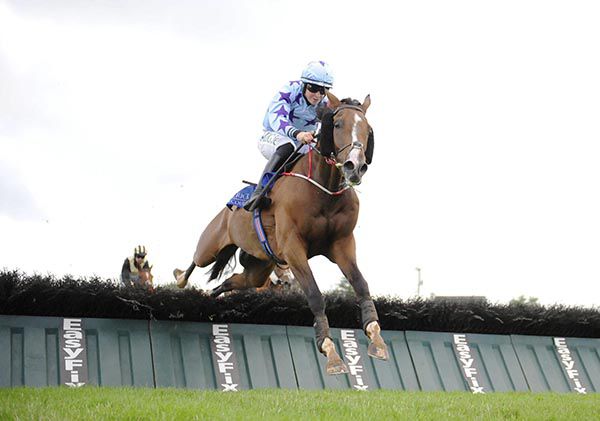 Fred The Foot (5/1) took the featured Bluegrass Horse Feed Hurdle at Limerick for John McConnell in the hands of Donie McInerney.

The Scorpion gelding led before two out and ran on to hold the rallying Everybreathyoutake (Evens fav) by a diminishing length and three quarters.

It was a third success over hurdles for the winner, reverting to the smaller obstacles after finishing third in his first steeplechase at Wexford.

Winning rider Donie McInerney said afterwards “He travelled well and was a bit sticky at one or two.

"We didn’t go that hard and I knew at the top of the hill to send him on as all he does is stay galloping.

“I knew if they quickened turning in that I was in trouble so I kept it honest from the third last home.

“He stuck out his head well even though he didn’t jump the last two and did it well in the end.”