Ciankyle holds on to win in Sligo again 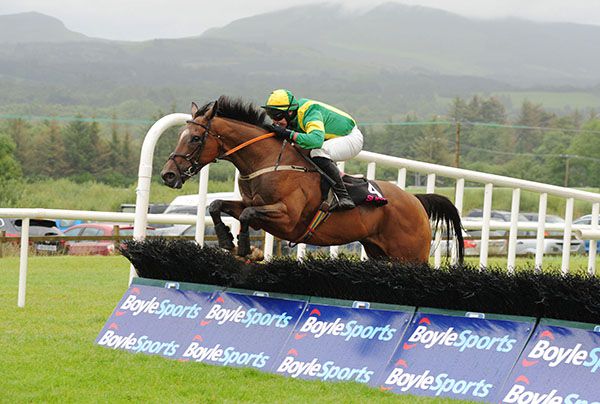 Ciankyle won the Callan Tansey Handicap Hurdle in Sligo for the second year in a row, this time by an ever-diminishing short-head.

The 20/1 shot kicked for home under Mark Bolger approaching the straight and was nicely clear on the run-in when chief pursuer Kansas Kid made a mistake.

However, Jazz Ranger stayed on strongly and made relentless headway to cut into the deficit all the way to the line.

The 10/1 chance was just held, though, and had to settle for second. Kansas Kid (12/1) finished third, a further three and a quarter lengths away.

Trainer Peter Cluskey said: "He's been a good old servant to us.

“I thought the ground might be gone for him there, as he likes top of the ground really. He handled it well and Mark said it's not that bad.

“We have him entered in a chase at Killarney on Friday and he could possibly go there if he's okay.

Ciankyle took the honours last year by two and a quarter lengths at 11/1.