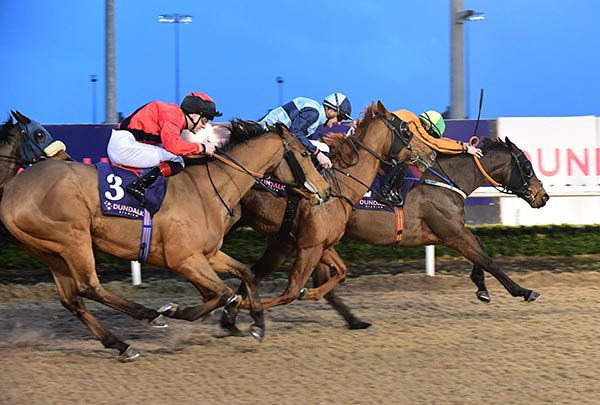 Tony The Gent gained a first win for new connections since being claimed at Leopardstown last August as the Denis Hogan trained, James McAuley owned gelding won the opening Irishinjuredjockeys.com Claiming Race at Dundalk today and in the process avoided being claimed a second time.

The son of Kodiac was claimed from trainer Ger Lyons for E20,000 following his win at Leopardstown last year and today bagged his sixth career win when beating Parkers Hill by half a length.

Winning jockey Joe Doyle later said “he's a grand old horse. There is plenty of life left in him and in those claimers he's probably a little bit better than the rest of them.

“The boys know their way around the claimers and if we lose him we lose him. Fair play to them as they turn up every week, they have a couple of runners in them and they keep horses moving through the system.”

The top six lots at this morning's Hong Kong International sale (May) held at Sha Tin racecourse were bred in Ireland.