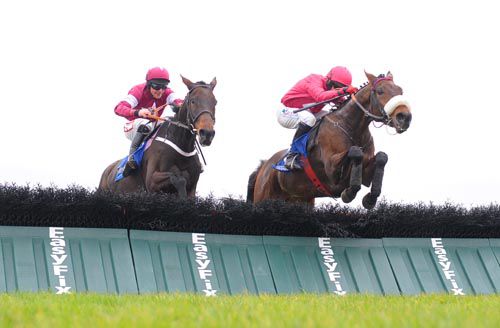 My Tent Or Yours tops 19 six-day entries for the William Hill Supreme Novices' Hurdle at Cheltenham.

Nicky Henderson's charge has been a short-priced favourite for the opening contest of the Festival since his brilliant win in the Betfair Hurdle at Newbury and could be joined in the field by stablemate River Maigue.

Mouse Morris' Rule The World has been left in the race along with Gordon Elliott's Cause Of Causes and Dermot Weld's Rock Critic.

The field is completed by Fire King, Flying Cross, Ifandbutwhynot, I Shot The Sheriff, Ostentation and Puffin Billy.