Mullins - 'I threw the whole lot at Punchestown' 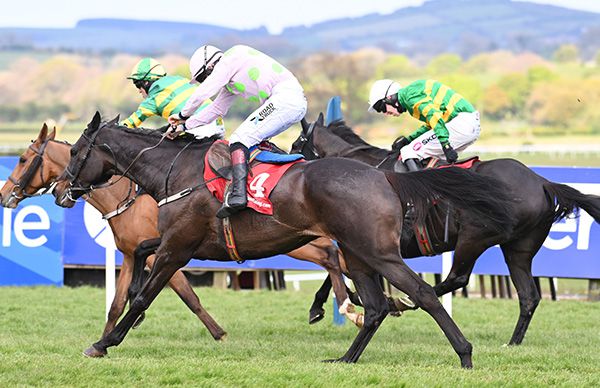 Willie Mullins admitted 'throwing the whole lot' at Punchestown this week following Cheltenham disappointments in March and today recorded his 19th festival winner this week with Koshari in the baroneracing.com Handicap Hurdle.

Koshari's jockey Ricky Doyle famously won last month's Irish Grand National on 150/1 outsider Freewheelin Dylan and was the 11th to ride a winner for Mullins this week, arriving from off the pace to beat Ciel De Neige — also trained by Mullins.

The 15-times Champion Trainer's previous best for Punchestown's five-day festival was 18 wins in 2018 and following Koshari's win, revealed “I was so disappointed with how a lot of the horses ran in Cheltenham and we changed a few things coming here.

“I said I'd throw the whole lot at it, which we did, and it seems to have paid off.”

Regarding Koshari, Mullins added “I think we might have to take him off the for sale list, he's entered in Doncaster.

“Ricky produced him lovely. I said to him that I wouldn't have backed you turning for home but he said 'no I was going well, I just wanted to keep tight but when I gave him daylight he just took off'.

“He's a horse that has come back from injury and he's won two this year so we're very pleased with him.”