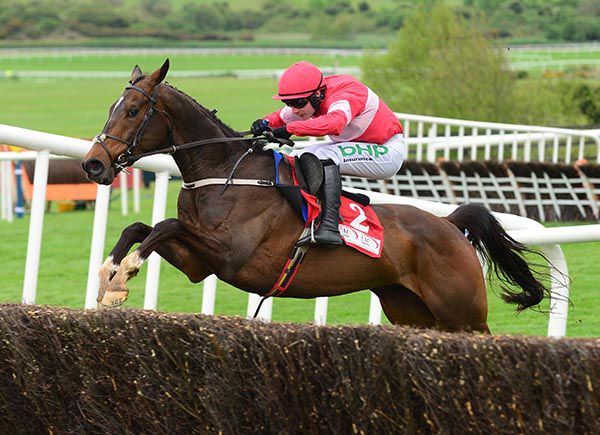 A dozen horses set out but just five completed the 2m5f test, with the whole complexion of the race changing after a pile-up at the fourth last.

The front-running Pravalaguna fell at this fence bringing down Scoir Mear while Louis’ Vac Pouch and R’evelyn Pleasure were also casualties.

All this left Real Steel at the head of affairs, and the well-backed 5/2 favourite stayed on strongly in the straight under Paul Townend to beat Hardline by six and a half lengths.

Mullins’ assistant David Casey said, “He’s a very decent horse, and I think he’s more effective going right-handed. He ran very well in the Grade 1 at Fairyhouse behind Voix Du Reve, and top-weights have a good record in this race. Kemboy had top-weight last year.

“He’s got a bit of class and he proved with the jump at the last that he still had plenty in the tank. He’ll stay further and is one to look forward to.

“We’ve always thought of him as a three-miler.”