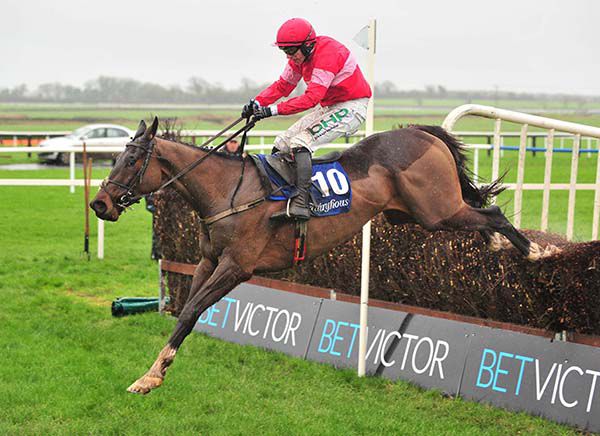 Real Steel and Pravalaguna give Willie Mullins a strong hand as he seeks back-to-back victories in the EMS Copiers Novice Handicap Chase at Punchestown.

Pravalaguna also makes her handicap debut over fences in the hands of David Mullins.

Other contenders include Henry de Bromhead’s hat-trick seeker Poker Party the Tom Mullins-trained Scoir Mear and Beyond The Law — trained by Mouse Morris.

A field of 15 runners is headed by Joseph O’Brien’s Slowmotion and also features Elliott’s pair of Barra and Synopsis Denis Hogan’s Moyhenna and Peter Fahey’s recent Cork victor Timeforwest Burning Ambition bids to get back on the winning trail in the Star Best For Racing Coverage Champion Hunters Chase.

Pierce Power’s stable star was last seen filling the runner-up spot in the Foxhunters’ Chase at Aintree — taking to the famous National fences well, but ultimately failing to reel in Top Wood.

The eight-year-old is likely to prove hard to beat back on home soil, with Elliott’s Ucello Conti the obvious threat.

Willie Mullins looks to hold all the aces in the SalesSense International Novice Hurdle.

Townend has sided with the hugely-impressive Limerick winner Breaken over his much vaunted stablemate Annamix — the mount of Robbie Power.

The Stowaway gelding set connections back £235,000, and any market confidence could prove ominous for his rivals.