Royal Ascot on the agenda for Gallinule winner 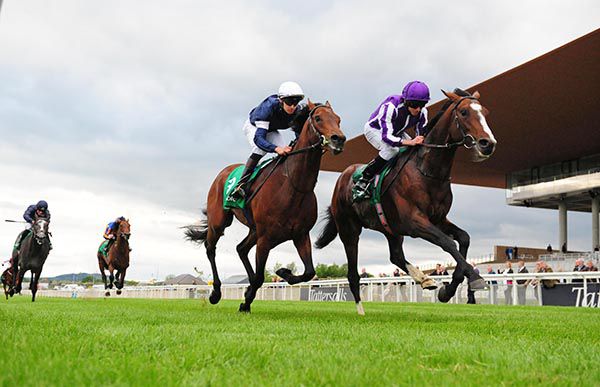 Constantinople under Ryan Moore, landed the featured Group 3 Kerrygold Gallinule Stakes at the Curragh today as the Aidan O'Brien trained colt stepped forward from an unlucky in-running effort in handicap company on his previous start in April.

The son of Galileo met red lights everywhere when flying home to finish second at Cork in April and while he took time to find top gear today, again finished strongly in the closing stages to pass leader Buckhurst and score a half length win.

“We won’t rush him. We could pick a race for him in (Royal) Ascot but will go gentle with him.”

Betfair quote Constantinople at 16/1 for the St Leger.