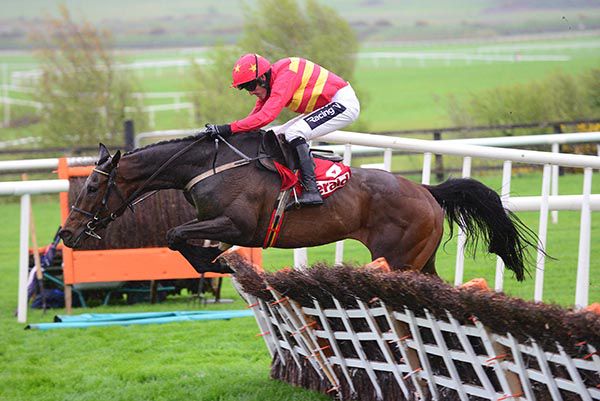 The son of Dream Well won the opening race of last month's Cheltenham festival and today landed the opening Grade 1 race of the Punchestown equivalent when quickening clear of early front-runner Felix Desjy early in the home straight before scoring a five and a half lengths win.

Bookmakers later reacted to the taking performance by cutting his odds for next year's Cheltenham Champion Hurdle, with Ladbrokes trimming him to 7/1 while Paddy Power are now shorter at 5/1 (from 8/1).

Mullins later commented “Ruby said he was too settled and was not as pleased as he was in Cheltenham but I thought in Cheltenham he just ran very free. You can’t keep racing like that and I was much happier with today’s performance, albeit the second horse has been to Cheltenham and Aintree and had two very hard races.

“He’s a fair machine but we were the beneficiary of him (Felix Desjy) having those hard races today.

“I’m happy to stay over hurdles and try and make a Champion Hurdle horse out of him. I think he could be good enough so we’ll see.”