Easier ground not a problem for Donkey Years 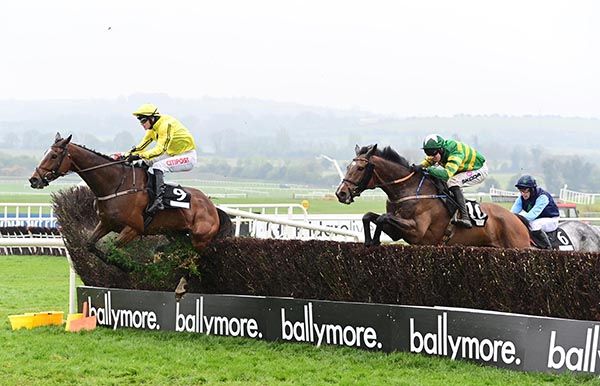 Persistent rain had resulted in the going description being changed to yielding before the previous race and conditions certainly took their toll in this contest with only five of the fourteen runners completing the course.

The more testing ground was no issue, though, for the Robin Des Champs gelding whose previous wins had come on soft and heavy and he kept tabs on the leaders before making his challenge on the run to the final fence. He headed Recite A Prayer, who hit the last, early on the run-in and stayed on well to account for that one by a length and a half with Fully Charged, who made the running until the second-last, a further four lengths away in third.

“That was nice, he's been placed on his last three runs and he's been very consistent,” said McNamara.

“I thought Mark (Walsh) was superb on him today. They went very quick early on, he kept travelling well and jumping well.

“When you go down to the last upsides one of Willie Mullins' you always think you are in trouble but thanks be to God he came out on top.

“I wouldn't mind having a few more like him, he's the best I have and a lovely horse. It's a great thrill to train a winner for the great JP McManus as well.”