Heron claims back to back Pat Taaffes 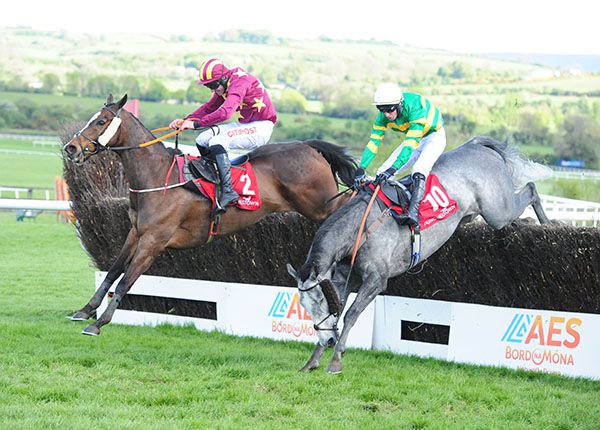 Henry de Bromhead's charge landed the €60,000 contest 12 months ago and had also been placed in the same race the previous year.

He was sent to post an 12/1 shot for this year's renewal and was left disputing when Young Paddymac crashed out at the second last.

He stayed on well on the run-in to record a six-and-a-half length success.

“That's super and I'm delighted to get it. He hasn't run since last year, it was some performance and a brilliant ride from Davy,” said de Bromhead.

“He had a couple of interruptions, minor things, but it's all good now and it came right on the day.

“He seems to be great form and he runs well fresh, that's what we were hoping. He won the race last year and was third in it the year before.

“We needed a bit of luck at the second last and got it. I'm half stunned as we did as much as we could at home but I just didn't know was it enough, thankfully it was.

“We were actually aiming towards the National this year but had a couple of problems and had to back off him for various reasons.

“We were going to go cross-country then Grand National but that didn't happen so we went to plan B.”

On his season he added:- “It's been fantastic. We're very lucky to have brilliant owners supporting us with lovely horses and a great team at home. We're just very fortunate to be in the position we are in.

“I'm such a pessimist that I'm already thinking how am I match that next year. I always say that if I can get 20 winners in a season I'll be happy.

“We've got some lovely young horses coming through and we're just getting fantastic support.”