Mullins Townend and McManus top of the tree at Cheltenham 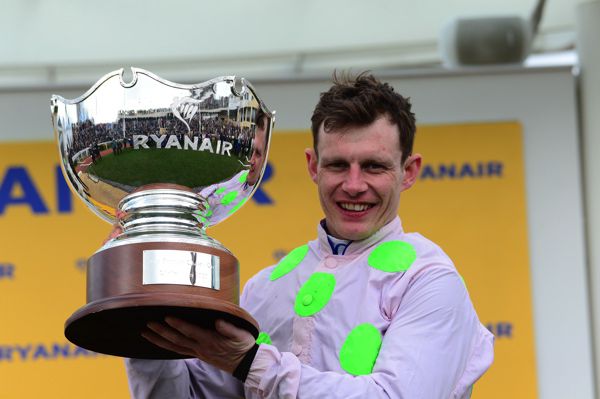 Willie Mullins was crowned leading trainer at the Cheltenham Festival for a seventh time after saddling seven winners, including a Friday four-timer.

His great rival Gordon Elliott also won seven races and both had seven seconds, but Mullins claimed the title by six thirds to four.

Mullins said: “Gordon did say to me going out (for the last race), ‘I hope you don’t beat me with a third, at least win the race!’.

“I couldn’t have dreamt of being leading trainer on Tuesday evening or Wednesday evening and certainly not Thursday evening. It’s just been a huge day today and a tremendous week.

“I’m delighted for Paul Townend. He’s had a great week — his first Cheltenham Festival as our number one jockey — and he’s stamped his authority on it.

“He’s taken over and he looks the man for the job. He’s well able to handle pressure — I think he’s even better under pressure.”

Mullins is the most successful trainer in Festival history with 72 winners, four clear of Nicky Henderson on 68.

“I think the public and press expect us to have winners and when we don’t it’s a big story, but you’re not supposed to have winners, you have to earn them.

“We didn’t have much luck on Tuesday, but that’s the way it goes — I self-medicated a lot on Tuesday night!

“Thankfully we’ve had a good last couple of days.”

Townend took the top rider title for the first time after Al Boum Photo’s successful defence of the Magners Cheltenham Gold Cup gave him a fifth winner of the week.

He got on the scoresheet when steering Ferny Hollow to victory in the Champion Bumper on Wednesday, while he was at his brilliant best aboard Min in the following afternoon’s Ryanair Chase.

“I suppose riding for Willie is the key to that. Tuesday was Tuesday and Wednesday was another day.

“We had disappointment again on Wednesday with Chacun Pour Soi pulled out of the Queen Mother Champion Chase, but as Willie said, we got a goal just before half-time with Ferny Hollow and we’ve had a good second half!”

In landing the leading rider award, Townend was presented with the Ruby Walsh Trophy by his predecessor.

He added: “I had a chat with Ruby after the Gold Cup. I’m lucky enough to be leading rider, so Ruby presented me with the Ruby Walsh Trophy. It’s nice to get that.”

JP McManus was leading owner with a phenomenal return of seven winners over the four days, the highlights being Epatante’s Champion Hurdle win on Tuesday and the remarkable triumph of Champ in Wednesday’s RSA Chase.

McManus said: “We have done well. We have a great team of people and the horses seem to be in great form and we had a bit of luck on our side.

“I was hoping Epatante and Defi Du Seuil would win and thankfully one of them did. You would have to take most pride in Epatante winning the Champion Hurdle.

“You are always hoping to finish top, but you never know what will happen as it is a competitive place as we are in the premier division here.”