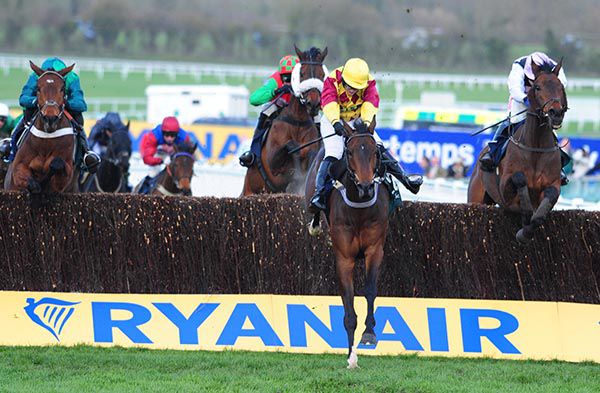 Having enjoyed a perfect season to date with three wins to his credit, Nick Williams’ charge was sent off the 9-2 second-favourite.

Despite beating Nicky Henderson’s Janika last time out it was his old rival who was the choice of the punters — and when he loomed up on Siruh Du Lac’s outside at the second-last it seemed he might gain his revenge.

With Eamon An Cnoic and Spiritofthegames also snapping at his heels, the Nick Williams-trained six-year-old was being challenged on all sides.

However, just as he had done on Trials Day in January, Siruh Du Lac found plenty for pressure to beat Janika by three-quarters of a length and give Kelly a second Festival winner after Coo Star Sivola 12 months ago.