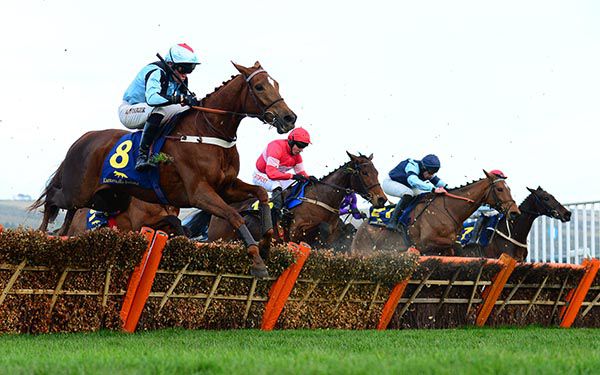 Noel Fehily announced his intention to retire after partnering Eglantine Du Seuil at the Cheltenham Festival.

In January Fehily had his appendix removed but suffered complications and needed to return to hospital.

The 43-year-old nevertheless displayed all his ability is still in place when winning the National Hunt Breeders Supported By Tattersalls Mares’ Novices’ Hurdle for Willie Mullins on Eglantine Du Seuil who came from the clouds.

“I wasn’t well for a while earlier in the year and I’ve been thinking about it for a couple of weeks. It’s time to let the young lads get on with it,” Fehily told Racing TV.

“I’ve spoken to my agent Chris Broad, who has been great about it, and I think I’ll carry on riding for a couple of weeks.

“This will definitely be my last Festival and I was hoping for a winner so I’d be able to announce it.

“I’m delighted to be able to go out on a winner, especially for Jared (Sullivan, owner) who has been so good to me.

“I’m not getting any younger and it’s time to start working now. I’ve loved every minute of it and had great support but it’s time to let everyone else get on with it.

“In January and February I wasn’t very well and all and I would have hated to have had to go out like that.”