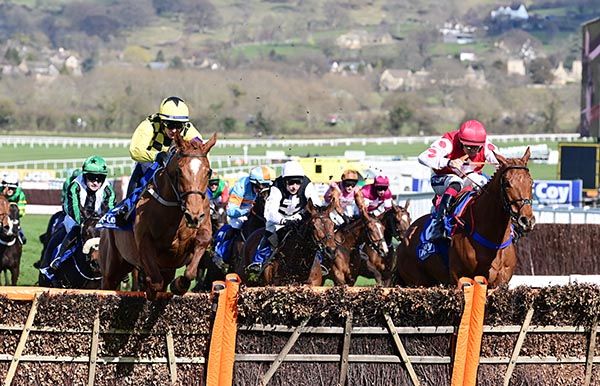 State Man continued the dominance of trainer Willie Mullins and piled on the misery for bookmakers at Cheltenham when powering up the hill to land a competitive renewal of the McCoy Contractors County Handicap Hurdle.

The inexperienced five-year-old, who fell in a maiden hurdle at Christmas and gained his first success in a Limerick maiden last month, was sent off the 11-4 favourite under Paul Townend.

His rider was cool under pressure, making stealthy headway down the hill and being produced between the last two flights of hurdles.

There was still work to do to wear down Eclair De Beaufeu who was always up with the pace, and Colonel Mustard who approached the last in front.

Yet State Man grabbed the stands rail, as Townend had done in the opening JCB Triumph Hurdle with Vauban and jumped the last flight on a good stride.

He soon forged a length and a quarter clear and held that advantage to the line, defying the staying-on First Street and Colonel Mustard who was a length and three-quarters back in third.

The first three, all novices, had West Cork who also stayed on nicely up the hill, a further two and a quarter-lengths behind in fourth.

“He did well to win and I hope he can brush up his jumping,” said Mullins.

“He’s a horse for the Flat, and while maybe not this season certainly next. Now I am thinking the Grade One at Punchestown as the next step.

“He’s a lovely horse with a lot of ability that will do both jobs.”

Bookmakers were impressed and State Man was cut into 12/1 (from 33/1) with Paddy Power and Betfair Sportsbook for next year's Champion Hurdle.