Rachael Blackmore gets her own stamp 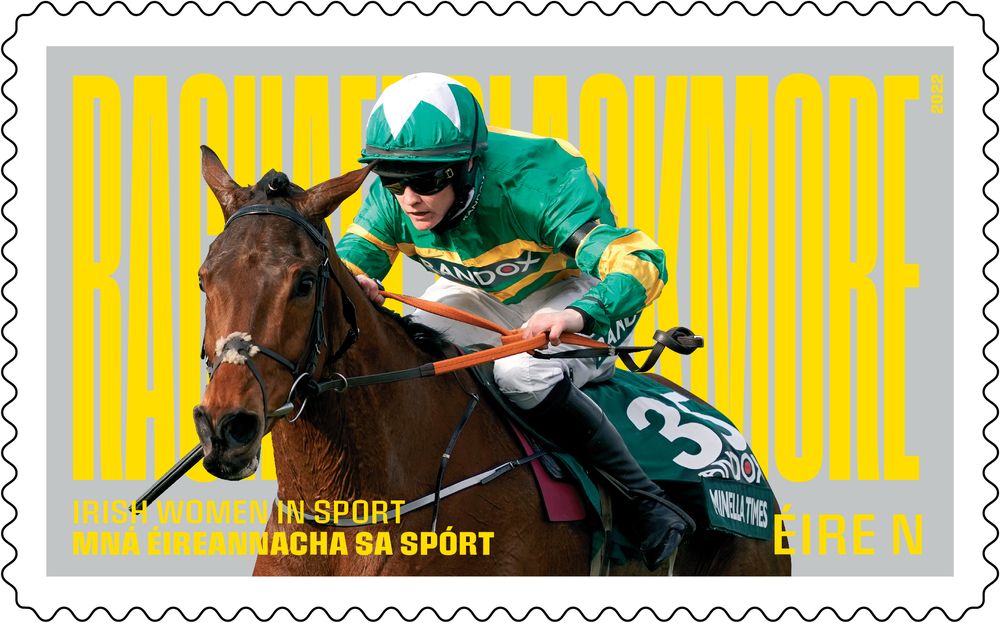 Rachael Blackmore will appear on one of a series of six new stamps unveiled this week to celebrate the achievements of Irish women in sport.

Speaking at the unveilling of the stamps at the GPO, Hildegard Naughton, Minister of State at the Department of the Environment said:

"These stamps celebrate the achiements of Irish women in sport - not just here in Ireland but on a world stage. It is especially fitting that these stamps will be issued by An Post ahead of International Women's Day, which takes place this year on Tuesday, 8th March.

Rachael Blackmoore is set to fly the flag once again for women in sport when she heads to Cheltenham in less than two week's time to defend her Leading Rider Award at the Festival which she won last season with six winners across the four days.

Bellewstown is Good to Yielding after 2mm since 8am yesterday. A mainly dry day is expected.

Ted Hastings added to his three wins over hurdles when making a winning debut on the level to take the Johnny Kierans Memorial Maiden at Bellewstown.