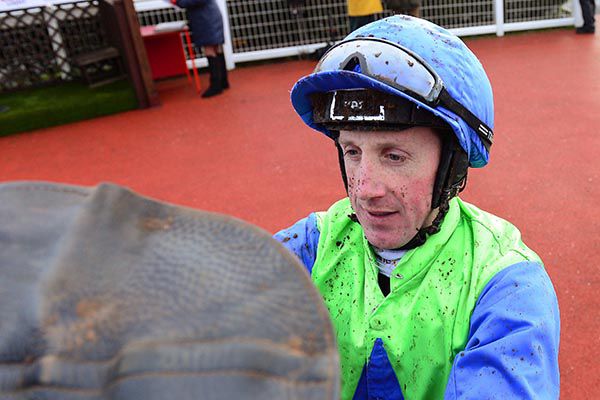 I would have played Gaelic football as a teenager but it was soon all about horses. My brother Stephen was also very sporty and his career is in sports coaching. He’s just been appointed to a coaching position with Cricket Ireland.

I attended the apprentice school at RACE and was sent out on a work placement with Dessie Hughes. I joined Dessie in the autumn of 2003 not long after the death of Kieran Kelly in a fall at Kilbeggan so it was a tough time for everyone in the yard.

Dessie was a great mentor and a gentleman to ride for. Paddy Flood would have been there at the time as a 7lb claimer and he was a great help to me. Dessie gave me my first winner on a mare called Grangeclare Lark at Cork in 2006 when I managed to get the better of Conor O’Dwyer by a short head.

I learned plenty at Dessie’s but I found it difficult to settle on the Curragh and I was happy to come back closer to home. I ride out for lots of trainers in north Dublin and Meath.

I’ve had a few bad injuries, it’s part of the game and you just have to accept that, and I suppose you could say I’ve fallen in and out of love with racing a few times. The injuries are one thing but losing a ride on a horse or the feeling if you know you could have done better on one is probably more painful in a way.

A couple of years ago things seemed to be going a bit quiet on the riding front and I had already been pre-training and breaking horses on a small scale. I decided to expand that business and upgraded the facilities at my place in Stamullen, Co Meath which goes under the name of Broadleas Stables. Last year during the lockdown we put in a brand new purpose-built yard and my sponsors for that year, Red Weld Stables, put in the stables for me. 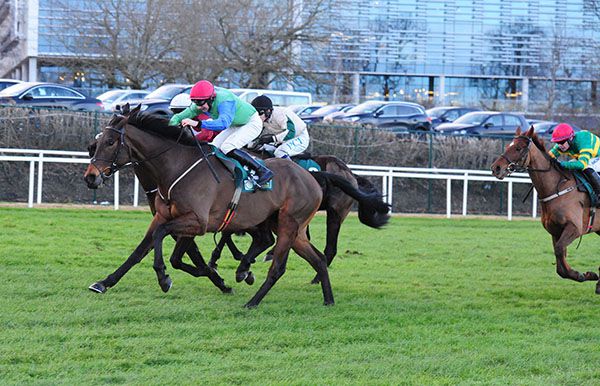 I pre-train both Flat and jumps horses and Head Mistress, who won her first two starts for Ger Lyons this year including a Listed race at the Curragh, is probably the best one we’ve put through our hands so far. We cater for homebred horses as well as those coming from the sales and thankfully the phone never seems to stop ringing at the moment.

As it happened, I was so busy building up the business that the weight fell off me and I lost 7 or 8lbs without even trying. I was then in a position with my weight to do more race-riding on the Flat and Fozzy Stack asked me to ride work at his place which I was happy to do. It was good to get into the routine and the different rhythm of riding work on high-class Flat horses.

So between riding much more on the Flat and still riding over jumps, I’ve probably been busier than ever over the last couple of years.

Winning the Leopardstown Chase on Glamorgan Duke at last year’s Dublin Racing Festival was a fantastic day. I had picked up a good ride for Willie Mullins on Cabaret Queen in the three-mile handicap hurdle earlier in the day and I was on a high going racing as I thought she had a great chance. Things didn’t work out on her but just over an hour later Glamorgan Duke was up in the van all the way and battled back having been headed on the run-in. Fran Berry nominated me for ‘Ride of the Year’ at the HRI awards which I didn’t win but it was nice to be recognised.

Just a fortnight after Glamorgan Duke I rode Captain Cj to win the Grade 2 Ten Up Novice Chase at Navan for Dermot McLoughlin. He picked up an injury last season but I rode him a canter the other morning and he’s on the way back.

Myself and Dermot go back a long way and, even though I was on the wrong one of his in this year’s Irish National when I rode Opposites Attract, I was delighted for Dermot that he won it with Freewheelin Dylan. It was great for the yard and the area and, in a normal year, it would have taken two hours for the horse to make the short journey home given how many well-wishers there would have been. I ride out two mornings a week for Dermot and I do likewise for Gavin Cromwell. Again I know Gavin well from being out hunting with him over the years and I’ve ridden four winners for him over jumps so far this season, as well as one on the Flat for him during the summer.

I’ve no doubt that riding more on the Flat, with the different speed you’re travelling at and the tactical decisions you have to make, has helped my riding over jumps. It feels like you have that much more time to make a decision in a three-mile chase if you’ve been riding in a five-furlong sprint the previous day.

I did 8st 9lb on a good filly of John Kinsella’s, Limiti Di Greccio, at Leopardstown during the summer where she finished second when probably still a bit green on ground that was a bit quick for her. She’s gone on to do very well for Paddy Twomey and looks a big player for the 1,000 Guineas next year. I wouldn’t normally do that light but, in general, weight is not an issue for me.

I get a bit of slagging from the Flat boys who tell me I’m a hungry so-and-so and to go and have a bag of chips but I actually can eat fairly normally and it’s all good-natured banter.

It was nice to ride a winner again for Gordon Elliott on Sassy Yet Classy in the Pertemps Qualifier at Punchestown earlier this month. I had a good record for Gordon some time ago when I won on the likes of Salford City for him and I joked to him coming back in not to leave it so long to give me the next winner!

I’ll be looking forward to the week after Christmas which is the busiest week of the year for many jump jockeys and hopefully I’ll pick up some good spares then with so much racing on.

The race-riding is going well and that’s where my focus is for now. It’s great that I have built up the pre-training business and I suppose I might consider training a few for the track in the future. You need to have the support of good owners to do it, though, and it’s not something I would do while I’m still riding because it’s such a full-time commitment.