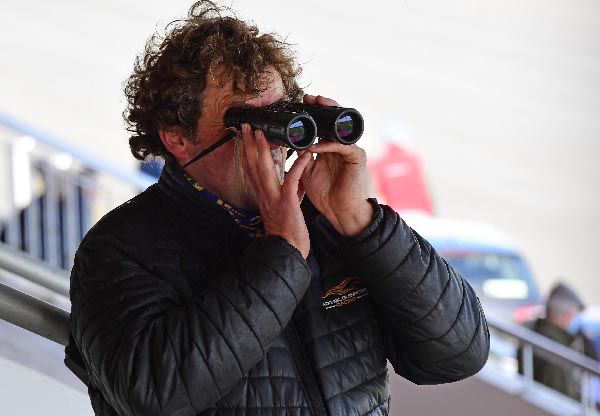 And after Star Harbour winning the Castleisland Rated Race at Killarney so well on Wednesday, dropping back down to a mile, we have to be dreaming of bigger things with him now too.

After we gelded him and he won over a mile and two at Navan, I felt the last day in the Ulster Derby he didn’t just see out the last furlong going up to an extended mile and a half. So we decided to drop him down to a mile to sharpen him up. He’s a very laidback horse at home so we just thought that might help and I felt Killarney would sharpen him up too so that was the reason we decided to go there.

Not knocking the horses in the race, it didn’t look overly competitive, not madly competitive. We wanted to have a whack at it. We were always of the opinion that he needed sharpening to get the best out of him. He has a lot of ability but is just very laidback and it worked.

Colin Keane kept it very simple. It was a very good ride. A top-class ride from a top-class jockey. I was confident enough the way he travelled out the back. My one worry before the race was that he would be outpaced early doors but he was well able to lie up with them and from there on I was confident.

Showing he has the speed for a mile gives us more options as I said. He’s in at The Curragh on Sunday over a mile and two, in the Sycamore Lodge Equine Hospital Handicap, but if the handicapper isn’t too hard on him, he won’t run. We made an entry in the Galway Mile for him Wednesday morning before going to Killarney and that will probably be his next port of call.

I felt off his rating of 90 with the three-year-old licence, he might have struggled to get into the Mile so he might now but I hope he doesn’t give him too much weight all the same! We’ll see what the handicapper does with him and make a decision then. 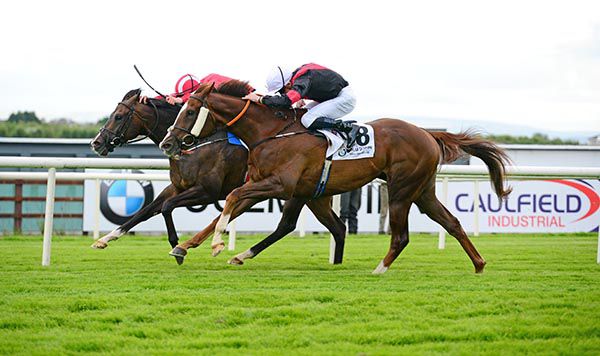 Galway has been good to us and particularly the Mile, Saltonstall winning it the last two years. Current Option won the Ahonoora as well last year before going on to win at Group 3 level in Tipperary.

A good draw is important in Galway but I put five or six horses in the Mile so hopefully we'll have one well drawn in it! Three-year-olds don’t have a great record in it but hopefully Star Harbour might be one to put it right.

Sirjack Thomas is another in the Mile and of course Saltonstall will go back. It was nerve-wracking last year waiting for the announcement of the photo. We’d have settled for the dead-heat but he’d have been an unlucky loser.

Current Option runs in the Group 2 Romanised Minstrel Stakes at The Curragh on Sunday and depending on what he does there, we’ll decide what to do with him. We have a few other horses with Galway in mind. We’ll have a nice team heading west and hopefully we’ll have a good week there.