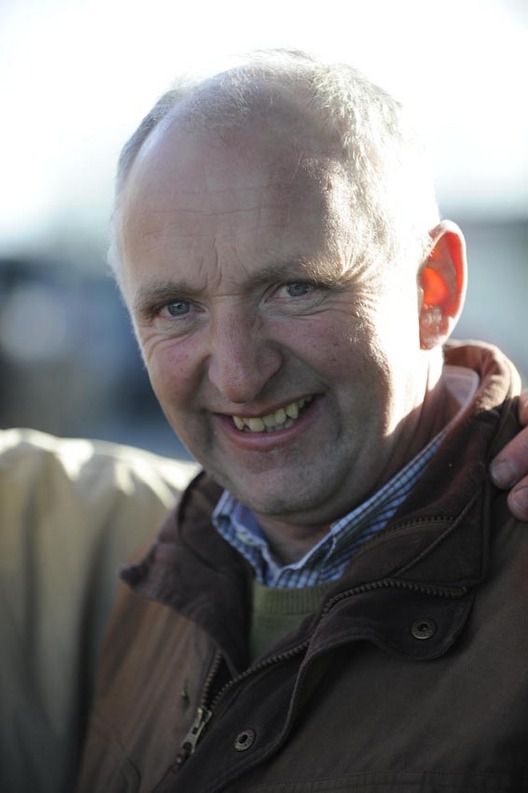 I was always a big fan of racing. I had a passion for it and I regularly went to my local track in Kilbeggan as well as the likes of Roscommon and Galway and even Cheltenham.

A local man, Paddy Hegarty, had a horse called Leney Dow Jones in pre-training with me and I decided to take out a licence to bring it to the track and he was my first winner when landing a handicap chase at Kilbeggan under Alain Cawley. He had previously won a point-to-point at The Pigeons in Athlone and my first winner in that sphere had come at the same venue a few years earlier.

James Robinson had a nice Un Desperado mare called First Battle with me and she won by 15 lengths under Gordon Elliott at The Pigeons before going on to breed the Grade 1-winning chaser Apache Stronghold.

I enjoy being involved in the point-to-point scene and we’re looking forward to the Longford Westmeath fixture at Corbeagh House near Ballinalee on Sunday December 12th. I was previously clerk of the course when this fixture was held in Killashee.

Bardenstown Lad was a horse I trained to win a 5-year-old maiden at Lingstown last year having bought him as a yearling at the November Sales and he’s gone on to win four from six so far for John McConnell and looks a really good staying chaser in the making. I’ll have four or five horses for point-to-points this winter so I’m looking forward to seeing how they get on.

It was lovely to start this month with two winners in two days including El Padre’s victory at Laytown. He was a horse who I was advised to buy at the breeze-ups by Robson Aguiar who’s making a great name for himself in that field. Robson used to work, and race ride, for me and he deserves all the success he’s getting because he has a great work ethic along with the rest of his family.

El Padre had a few setbacks and didn’t make it to the track until he was four but he had some good form before winning on the beach and he’s one that we’ll aim at Dundalk. Sand Castle was placed three times at Dundalk last winter and he’s another that I hope will get his head in front there in the coming months.

It was really through Robson that I got into the Flat and he rode Shes Ranger to victory at Dundalk in 2016 which was my first winner on the level. His brother-in-law Jose has also worked here and these guys are great horsemen and would work from dawn to dusk.

It’s nice to have a mix of Flat horses and jumpers and I’ll bring them across the water if the opportunities present themselves. A local man, Tom Hollingsworth, does a great job travelling them for me and I had a double at Hamilton Park in 2019 with Blackstone Cliff and Rego Park Lady.

The latter was owned by Tony McLoughlin who has business interests in New York and has been a great supporter of mine. We’ve enjoyed plenty of success together with the likes of Bilbo Bagins and Gold Speed. They’ve both won three times but unfortunately the latter is sidelined at the moment and will need a bit of time off. Napoleon Blue is another to have won in Tony’s colours and we hope to have him back in action in the spring.

My second winner this month was My Newbrook Rose at Fairyhouse who has done well for her owner/breeder John McGivney. She’s now a point-to-point and dual hurdle winner and we’ll probably send her chasing soon.

Sean Flanagan rode both winners and he’s a great help to me in riding work and giving his opinions as to where the horses might be targeted. Hopefully Sean will be back in action before too long.

Killaro Boy was another horse that did well for his owner/breeder John Victory and he won two nice pots over fences including at the Easter Festival at Fairyhouse.

Cass Bligh was probably the best horse I’ve trained so far. Katie Walsh rode him to win his bumper and Ruby won twice on him over hurdles including a valuable race at the Leopardstown Christmas meeting. He wasn’t far off being a 140-rated hurdler and we had high hopes for him over fences. He was only beaten two lengths when conceding 17lb to a horse of Gigginstown’s in his second start over fences at Killarney and the winner went on to finish third in the Arkle. Unfortunately Cass Bligh had a bad fall when schooling over fences at the Curragh one day and we lost him. 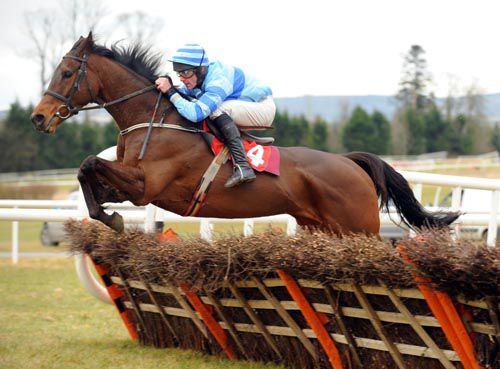 Paul Murtagh, who is the father of the Turf Club registrar of the same name, was a part-owner of Cass Bligh and he’s been another great supporter of mine. At the moment he has She’s Commanche with me and she’s won a couple of times over hurdles and hopefully has another race or two in her.

Westmeath has a good tradition of racehorse trainers and there’s plenty going on around the region these days. You had Cecil Ross in the past and also Jimmy Tormey who trained in Bunbrosna for many years and sent out General Symons to dead-heat for third behind Well To Do in the 1972 Aintree Grand National with Paddy Kiely on board.

Nowadays there’s loads of horse activity around Mullingar with Ciaran Murphy’s yard, Tally-Ho Stud and Robson Aguiar’s breeze-up operation and, of course, Gigginstown House Stud. Paul Flynn is not far away in Longford and likewise Andy McNamara in Athboy Co Meath. It’s great to be a part of it.

The horses seem to be back in good order after being a little off colour for a while during the summer. A few of them have shown up well in schooling races recently and I’m looking forward to the winter campaign with them.