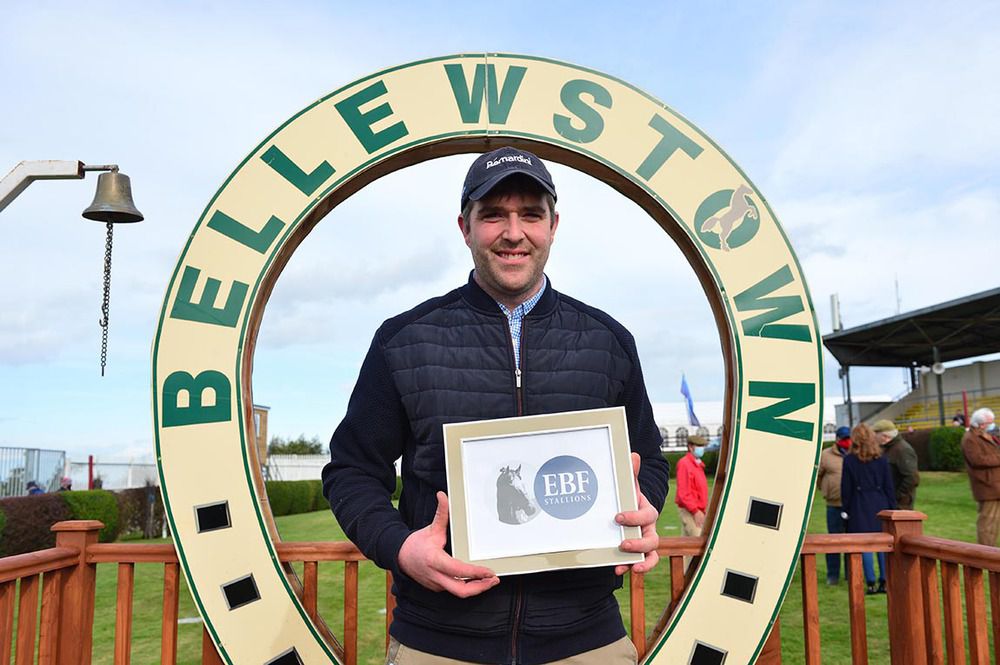 Everything I know, I know from my father Frank and my uncle Sean, God bless him. My father, who worked for Michael Cunningham for years is still around there, heavily involved. I always had it in the back of my head to take out a training licence but it’s hard to get it all together and get going but we said we’d bite the bullet and give it a go in June.

Mean Fomhair and Plume Noir are the only two horses we have in training and it’s great for the two of them to win on the home track in the space of a day. I have one other that ran in Roscommon but she got injured but I’m lucky to have the two we have and to win with them.

Mean Fomhair just stuck her neck out, after a very good ride by Robbie Colgan in the Irish EBF Fillies & Mares Handicap on Wednesday. It’s great to get another win into her and she’ll be retired at the end of the year. Myself and my father bred her which made it extra special.

She had great form for Gerry Keane and it’s hard to improve anything out of his yard. He’s a top man and he made this filly. We might find something else for her, but she’ll definitely be retired at the end of the year.”

I was hoping the ground would be a bit softer for her and it was actually as quick as she would like but got away with it. She’s a typical Fast Company, she loves soft ground.

I only really took out the licence this year after Gerry unfortunately got injured. As I said, he’s a top man.

Plume Noire is Mean Fomhair’s half-sister and a half-sister to Jet Setting, who won the Irish 1000 Guineas. Mean Fomhair is actually a full sister of Jet Setting’s, by Fast Company. They are all out of Mean Lae, who was a winner for Jim Bolger. We were lucky to get her back then and bred a few from her. Plume Noire was her last foal. We actually brought her to the sales and brought her back as she didn’t make what we wanted so we said we’d try our best at this. 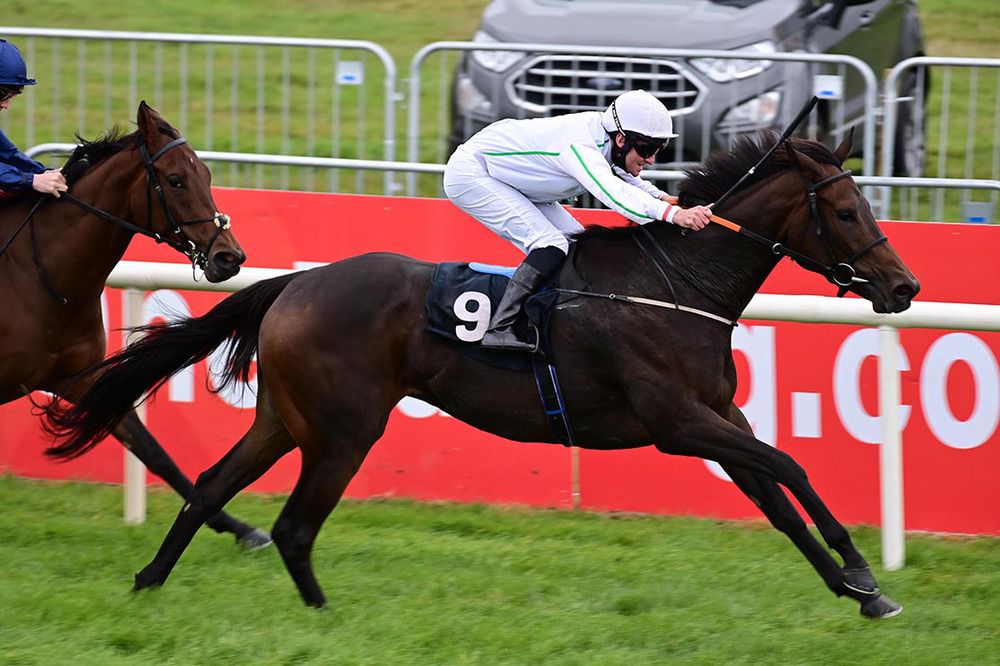 She’s very big which is why she hasn’t raced until the end of her three-year-old season. She’s a very different model to the ones by Fast Company — she’s by Harzand. Jet Setting was handy and Mean Fomhair wouldn’t be much bigger but this filly is nearly 16-3. She needed a lot of time to come to herself and we gave her that time and thank God she repaid us.

You would have to have been pleased with the way she won the Woods Financial Services Fillies Maiden with Seamie Heffernan on just her second start, after finishing second on her debut in Punchestown. That made it an unbelievable 24 hours.

She’s a lovely filly and like Mean Fomhair, a homebred for myself and my dad, so it was great to get a win into her. She’s still a bit green galloping up in the air. We thought the trip might be too short for her but she has plenty of pace so we are delighted to get a bracket for her.

She had a lovely debut and handled the track better than I thought she would but she had been showing plenty at home. David Behan, who rides her work, said she’d have no problem dropping back in trip. I was surprised. Being a Harzand I thought she might want a mile and a half but she has plenty of pace.

What might happen if there are offers, we’ll have to wait and see. Like Bruce Forsyth said, ‘If the price is right!’ but we’ll see. For now, we might try her in a pattern race before the end of the season. The Garnet Stakes is coming up and we might look at that if it hasn’t come too quick.

Whatever happens, I’m not looking to expand, for the moment anyway. We’re happy ticking around with our own ones and we’ll see how it goes.

We’re in Trim and it’s only a half-hour away from Bellewstown and everyone wants a winner here. It was great to win on a day like yesterday, with such a great cause and fair play to everyone for organising it and supporting it.

I’ve worked mainly in stud farms in Kildare, working in Derrinstown, Kildangan, Moyglare and then Coolmore as well and I also had a few months in New Zealand as pupil-assistant with John Sargent but we’ll focus on these now for the moment and see how it goes.