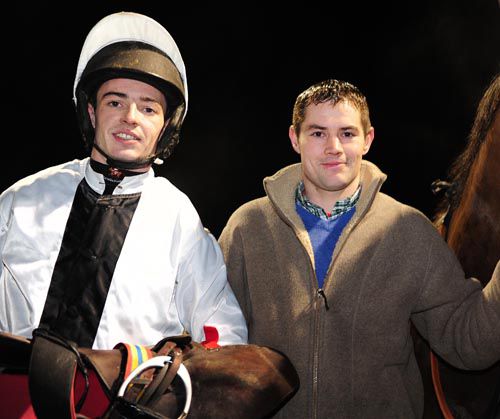 We have had a lot of winners on the flat and over jumps and we are looking to build the operation the whole time.

The test now is for owners. They have been very loyal and it is the owners that pay for the whole thing. I don’t know if that would stay that way if for any reason we were to stop again. But we have shown we can do it safely so hopefully that doesn’t happen and the vaccines will be the start of things getting better and getting owners back to the track.

The Laois Limerick Syndicate that own Ronald Pump is made up of four lads. It’s so disappointing they can’t be in Leopardstown to see him run in the Christmas Hurdle on Monday.

The man that put the syndicate together, that I deal with, is Dave O’Sullivan, who’s from Laois. He was involved in another syndicate before Ronald Pump came along and he put this together. There are four lads, two from Laois and two from Limerick. Hopefully he’ll give them plenty to shout about.

I bought him and Maeve’s Choice on the same day at the August Sale at Tattersalls. I gave a thousand for him and I think three and a half for Maeve’s Choice. He was a good horse too but he broke a bone in his knee at Listowel when he looked to have the race won.

When he started off, Ronald Pump, was a bit buzzed up and a bit keen so we held him up. When he won his beginners’ chase he wasn’t dropped out. The last day in the Hatton’s Grace he was ridden up in third or fourth. He doesn’t have to be dropped out now, he’s matured. You can nearly ride him any way. He’s versatile ground-wise. He’s won on heavy, won on good. That helps. 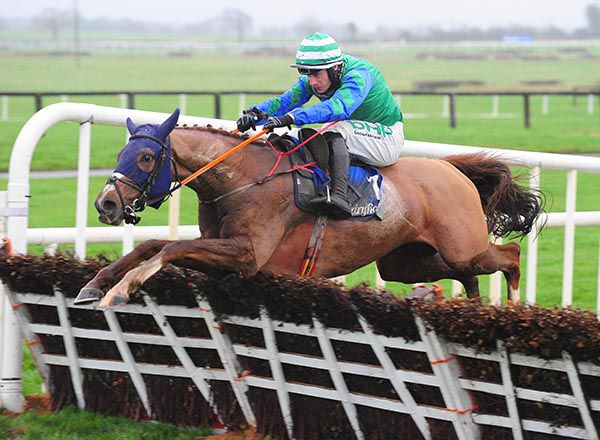 It’s a strong race at Leopardstown but it’s a Grade 1, that’s what you’d expect. Sire Du Berlais looks very good but if Ronald Pump is in good form and runs his race he won’t be far away.

We have One Cool Poet and Irish Poseidon running on Saturday. One Cool Poet is back from injury now after two nice runs at Dundalk and with his hurdle mark around the same as his flat equivalent was before he won his three races in Galway and then the premier handicap at the Curragh on Irish Champions Weekend, we might have some fun with him, as he is seeing out his races far better now.

Irish Poseidon has won three times at Dundalk since we bought him from Germany, where he won twice, including on grass. So we have no worries about the surface. If he jumps well enough he might make into a nice hurdler.

It’s not easy for us as we’ve no big money owners. It’s great to have a horse like Ronald Pump there. They’re hard to get.

We have been lucky enough. We’ve always had one or two nice ones over the years. I had Rawnaq when I started training. He was a great horse for us. He won a Grade 2 chase, the Flyingbolt in Navan before going to America and Warnaq was a Listed winner on the Flat before going to Australia.

Ronald Pump has been second in three Grade 1s. It would be great if he could get his head in front this time around.