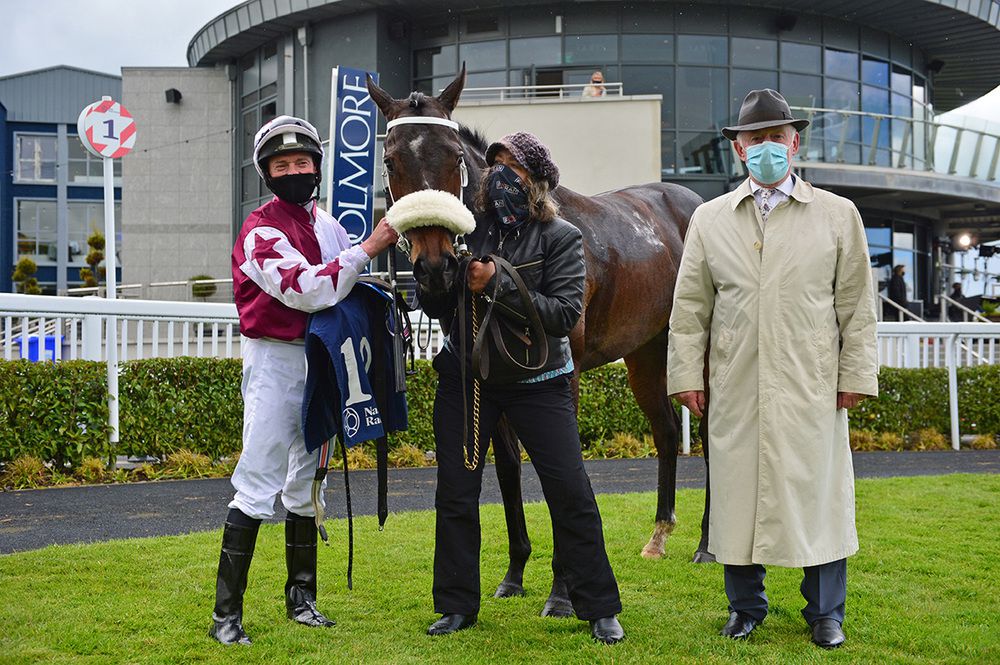 I’m 70 years of age. I rode my first winner at 13 and I’m at it since. The thrill and joy I got at Naas, no money could ever buy it. I get a thrill out of winning anyway because it doesn’t happen too often. I’ve only four horses in training. People don’t appreciate how hard it is to win, so when you do, you want to enjoy it.

And to have a horse like Logo Hunter is life-changing for me. It’s just brilliant.

He’s just a good horse. I would consider my brother Willie, who does the breezers at Mocklershill, to be a very smart judge of a horse and he said there’d be no sprinter in the world beat him over five furlongs. I don’t know if he’s right or wrong but he believes it. He’s raving about the horse since the day he won in Cork in April.

Seamie Heffernan has been sitting on the best of them and he always liked him. And he wants better ground than it was in Naas, where it was soft. He’s a real daisy-cutter, so that was some performance.

Seamie told me he was the best sprinter in Ireland. I thought he was joking. I knew a half an hour later he wasn’t joking. He has been very complimentary about him the whole time.

There’s a lot of people after him and the owner won’t be able to turn down the type of money that’s being offered. I don’t want to lose the horse but I want to sell him for the owner. An ordinary man can’t afford not to sell a horse like this, that’s the long and the short of it. 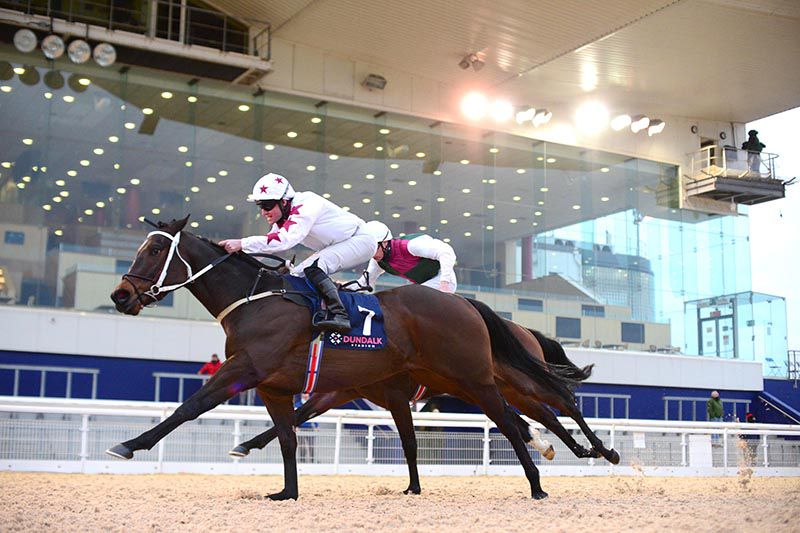 There’s one man, an Irishman that I don’t know, who told me he’d leave him with me if he bought him. And he might buy him. He told me not to sell him until we got back to him. So that would be the ideal scenario, but the man that makes a real offer will own him. You have to do that.

If he leaves, I will follow him wherever he goes. Because he’s been unreal for me. I can’t describe the feeling. I’m like a fella on drugs and I will be for a long while.

The real plus about this horse is that he is an easy, laidback horse. His mind is brilliant. He isn’t hard on himself and that will benefit him. With a bit of luck, I can see this horse going on for years and I can see him winning a lot of money. He’s only had seven runs. He’s going to get better and be winning at group level.

Any gobshite could train him. He has such a great temperament. There’s no magic tricks. You could put your three-year-old daughter in the stable with him and she’d be safe. He’s just a lovely, lovely horse.

We all worked in racing with my father Mickey first and I was a jockey. I was in partnership with Willie at Mocklershill for a long while and then I always had a few with him. This was the first year in 47 I never had a breezer because I couldn’t go to the sales. I will be back next year, please God.

The breeze-up is not what it used be. We always had a nice horse, we’d never drive them off their head and you could recommend them. But now it’s about a clock for two furlongs and they’re driven off their head and the agent won’t buy them unless you do that, so it’s a no-win situation.

We actually had a great week as Willie trained a winner himself at Sligo on Tuesday, Druk. I was thrilled for him. I roared the place down. We’re on a roll at the moment! And hopefully it will continue.

As for Logo Hunter, well it’s been unreal. He was entered for the Commonwealth Cup at Royal Ascot. The Irish calendar said he was eligible but the day after entries closed, I got a phone call to say he wasn’t eligible. This year was the first year geldings weren’t allowed run. And I missed the King’s Stand because of that.

There’s loads of races. There’s a lovely Group 2 in France worth €75,000 to the winner but the problem is the travel and the quarantine. You don’t have too many races in Ireland, there’s only the one Group 1, the Flying Five, so we’ll probably have to go abroad with him. We might aim for the Listed race in Cork on June 9 and if he’s not gone, we’ll go further afield with him then.

But whatever happens, it has been just unbelievable already.