National Hunt racing is a sport to be proud of 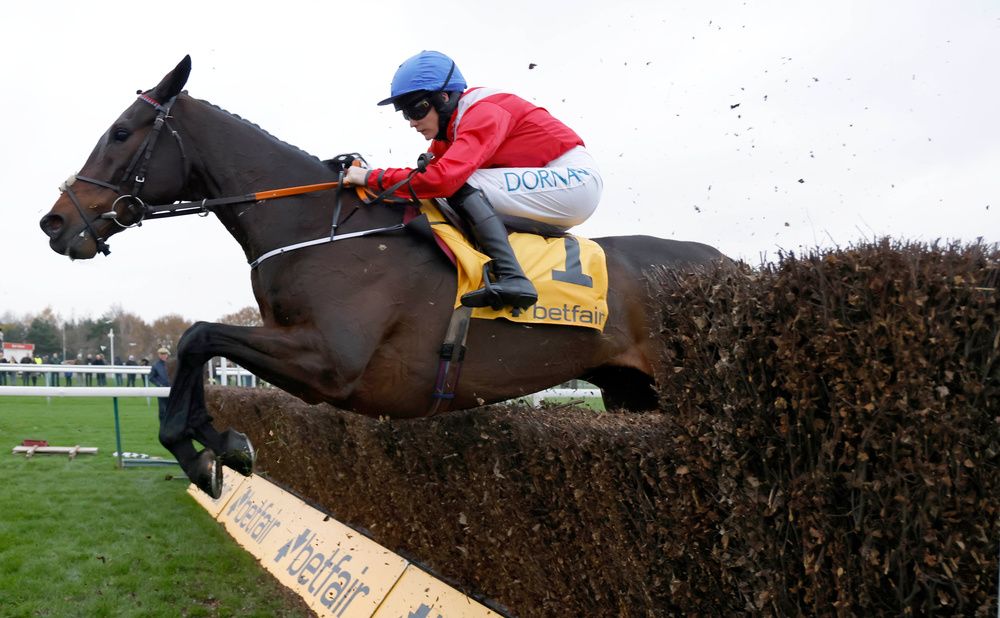 Certainly the performance of A Plus Tard in Saturday’s Betfair Chase was as close to perfection as you can hope to see in any sport. A high class athlete, foot perfect throughout, demolishing inferior but nonetheless talented opposition. The knee-jerk reaction is to presume that A Plus Tard is now the best Chaser around but you only have to look back at his previous run to remember that he probably isn’t even the best Chaser in his own yard.

Henry de Bromhead is certainly a master of his craft and has an abundance of riches in the chasing department that must be the envy of all his rivals. Besides A Plus Tard and reigning Gold Cup winner Minella Indo and Grand National winner Minella Times he also trains the exciting Envoi Allen and the aforementioned Bob Olinger.

Bob Olinger wasn’t foot-perfect on his chasing debut at Gowran Park on Saturday but the three fences in the straight there are notoriously tricky and it’s surely onwards and upwards for last season's impressive Ballymore Hurdle winner.

The British jumping fans finally got something to shout about with the polished performance of Bravemansgame in Haydock’s Graduation Chase. Paul Nicholls’ charge already looks a better chaser than hurdler but he’s going to have to be if he’s to turn around a 12 lengths deficit from Cheltenham with Bob Olinger should the pair meet again.

A notable absentee from the weekend’s roll of honour was Champion trainer Willie Mullins who drew a blank. 13 runners without a win hardly constitutes a blip but he has certainly been slower than normal to get into full flow. The quicker than usual ground conditions for the time of year is the obvious reason and if Mullins is keeping his powder dry the others would want to be wary about running their best.

National Hunt horses are extremely fragile and it would be a shame to see some of the above mentioned star names missing when the season reaches fever pitch in the Spring.

Of course Spring means Cheltenham above all else when it comes to National Hunt racing and it was a worrying development to hear that the racecourse requested ITV not to televise foxhounds parading at their recent November meeting.

Hunting is the foundation stone on which the success of Cheltenham was built and for the course to now turn its back on such an integral part of the sport to pander to the antis feels like the thin end of the wedge. Where next for Cheltenham - change National Hunt to National Jumping, ban the wearing of tweed at the Festival or maybe ask the TV stations not to broadcast the actual racing in case someone is offended.

Thankfully in Ireland, despite our recent drug malaise, the hunting fraternity are still a cherished part of our National Hunt racing scene. Fairyhouse and Punchestown in particular have close ties to the hunting traditions and it would be a real shame to see that influenced by the recent actions of Cheltenham.

Finally, I’m not one for ante post bets but there must be some value elsewhere in the Irish National Hunt Jockeys’ Championship betting with Paul Townend heading the market at 4/7. The reigning Champion is without doubt the worthy favourite again but he hasn’t ridden since injuring a shoulder at Listowel two months ago and currently lies outside the top ten on winners ridden this season.

Bob Olinger’s partner on Saturday Daragh O’Keeffe currently heads the table with 44 wins and this is some achievement for the Doneraile man who only rode his first winner on the track a little over three years ago.

Another relative newby Jordan Gainford sits in second place with 37 wins which also shows how the jump jockeys’ landscape has changed dramatically from the veritable closed shop it was during the prime of Ruby Walsh, Barry Geraghty and Davy Russell.

And of course Rachael Blackmore is closing fast on the pace setters following her three months on the sidelines with a broken ankle and again looks the most likely to threaten Townend for the title come Punchestown.

Today racing laid to rest one of its true heroes. Frank Ennis (75) lived and loved horse racing his entire life and gave far more to the sport than he ever took from it.