Royal Ascot is a unique recipe for success 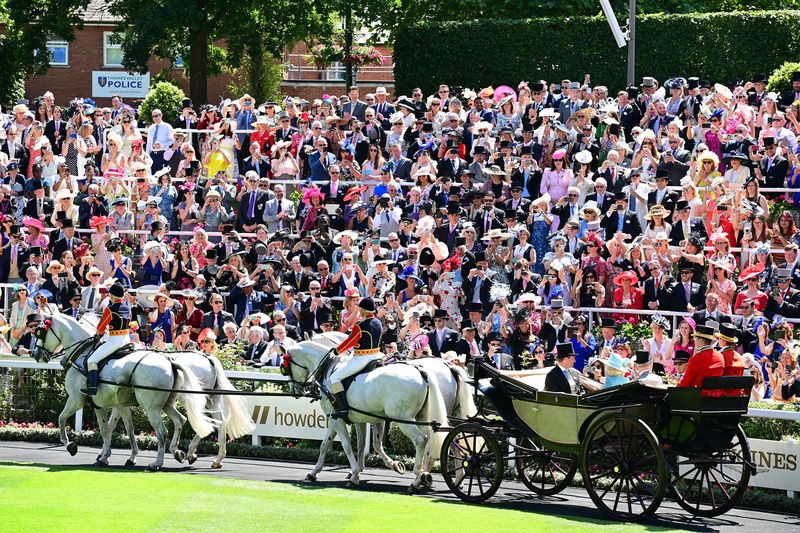 For some reason when you stick an ordinary joe soap in a top hat and tails they are instantly transformed into an aristocrat - at least in their own mind and on their Social Media feeds. Maybe the allure of the pageantry is simply an escape from the daily humdrum but somewhere in all of this is a distinct whiff of snobbery. Runaway fuel prices and the gouging of the masses are far removed from the refined air of these Royal Ascot garden parties.

What is most remarkable about Royal Ascot is how the sideshow of carriages and coronets appears to enhance the racing rather than detract from it. Flat racing is elitist by its nature so maybe that is why the waistcoats and fascinators fit in so well with the action on the track.

The international participation across the five days reached new levels this year and Royal Ascot is in no small way keeping horse racing relevant on the global sporting stage. And it was great to see so much Irish participation and success at such an important event. 64 Irish-trained horses competed and eight winners was no mean achievement amidst such fierce competition.

The action on the track was brilliant with some exceptional performances from both the horses and jockeys and a smattering of controversy thrown in for good measure. Ryan Moore rode exceptionally well throughout and I'm finally beginning to see why Coolmore and Aidan have had such unwavering faith in him for so long. He really does look to be the best around by quite some distance. It was also a very good week for Hollie Doyle who added to her Coventry Stakes victory with a first Classic win on Sunday when she won the Prix de Diane at Chantilly. Doyle is great for the game and also good for the pockets of punters who follow her. Besides her 8/1 winner at Ascot she also placed on four horses at odds of 66/1, 40/1, 40/1 and 28/1. I was a little surprised that Joseph O’Brien hadn’t trained a winner at the meeting before State Of Rest landed Wednesday’s Prince of Wales Stakes. No doubt it will be the first of many, but it will take him a fair while to challenge his father’s haul of 81 winners at the Royal meeting. All in all it was a great week’s entertainment and in true Festival style Willie won the bumper on the final day.

In this modern age of gambling reform and betting restrictions it was jaw-dropping to see the amount of money traded across the week. The Tote World pool was a roaring success with massive pools throughout the five days including Swinger pools (picking two horses to finish in the first three) regularly exceeding £500,000. The most outrageous bet of the week had to be the reported £300,000 to win £1 million some punter had on the Johnny Murtagh-trained Ladies Church in a 27 runner 5F handicap on Friday. Besides the fact that there have to be better things to do with £300,000 than bet it on a horse you’d wonder why anyone would place such a bet at 100/30 when the horse was freely available on the betfair exchange at 9/2.

This week the racing attention turns to the Curragh for their Derby Festival. In parochial terms this is Ireland’s version of Royal Ascot where the great and the good traditionally get all dolled for the big day. Unfortunately, not in anything like the numbers they once did. The Curragh Racecourse was on the wane long before the troubled redevelopment and has persistently struggled with the very same elitist tag that has been such a success for Ascot. Maybe it’s an Irish thing.

The Irish Derby itself has lost much of its lustre. There was a time when the English and French Derby winners would regularly turn up at the Curragh, but nowadays we are lucky to get a placed horse from Epsom making the trip over. It’s hard to believe that a Group 1 Classic worth €1 million cannot attract the best horses from around Europe, but sadly that is the case these days.

Horse Racing Ireland launched an initiative last week to attract younger people to go racing. Their ‘Proper Day Out’ advertising campaign will be aimed at the 18-34 age group and will emphasise the social aspect of a day at the races, presumably over the actual racing element. There is nothing particularly new in this strategy as it has been a constant theme of the industry’s marketers for more than twenty year to try and attract a younger audience, but so far they haven’t succeeded with the notable exception of student themed days.

The press release about the ‘new’ initiative quoted research which “recognised a pent-up demand among this group for sporting and social events, and new experiences after living with Covid restrictions for nearly two years.” I’m pretty sure this is right, but I’m not convinced the 18-34 year olds necessarily had horse racing in mind. My 25 year old daughter has just returned from Primavera Music Festival in Barcelona where she estimates almost half of the 200,000 revellers were Irish.

That represents a fair chunk of HRI’s target audience who, if anything like my daughter, are now broke and no advertising campaign is going to change that fact.