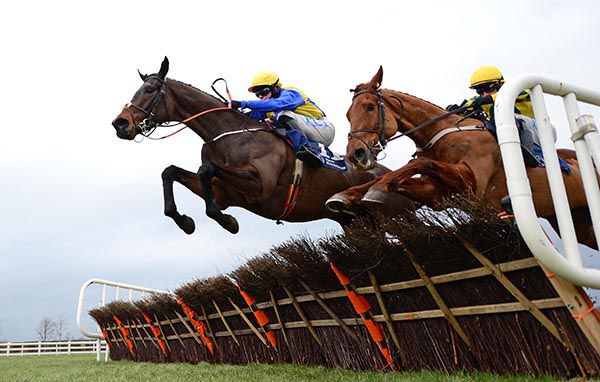 Normally the governing body for horse racing stays out of the affairs of the regulatory body, the IHRB, but such has been the level of bad press for racing in recent weeks that HRI has intervened.

The big question now is whether this marks a sea-change in the regulation and policing of the sport or is simply an attempt to distract those baying for blood.

The zero-tolerance drug testing regime first came to the fore after three steroid cases rocked the industry in 2014. Seven years later we are told it is now imminent.

The necessity for CCTV cameras in all stable yards was realised as far back as May 2015 following the case of Foxrock’s disappearing shoes at Punchestown. In fact, money was earmarked for that project at the beginning of 2018 but was spent elsewhere. Now six years on from the conclusion of the Punchestown case the IHRB is set to begin a tendering process to find a suitable company to install the cameras. HRI assure us this project will be completed by the end of 2021.

Why does everything have to take so long? Viking Hoard was doped at Tramore in October 2018, but we are still awaiting a final conclusion to the case in mid-February 2021 and more importantly after all that time no one was held to account for the crime.

Next month will see the anniversary of the Yuften incident at Dundalk and still no official word. No doubt Covid will be blamed for the delay but as there was no requirement for A and B samples or any other forensic evidence to be analysed you would think a year would be more than enough time to reach a conclusion.

One can only imagine how protracted any future anti-doping investigation could be where the suspected offender is not licensed by the IHRB. We could in theory see a yearling in a stud farm testing positive for a banned substance, entering training at two, winning the Derby at three and retiring back to stud before the initial investigation is concluded.

The IHRB are too often hamstrung by the legal requirements to prove cases beyond doubt and this isn’t going to change by simply getting powers to inspect premises unannounced.

The National Hunt jockeys’ championship is bubbling up nicely with little separating reigning champion Paul Townend and Rachael Blackmore as we enter the last quarter of the season.

Forgetting about Rachael’s gender for a moment, it is some performance by her to be this close to Willie Mullins’ stable jockey in a season where the Champion trainer is operating at a strike rate of over 25%. In order for Rachael to hang in there she has ridden more horses than any other jockey in Ireland this season and her current tally includes riding winners for 19 different trainers. And all this from someone that wasn’t born into an established racing dynasty is some feat.

When you add in the fact that she is virtually a lone woman operating in a male preserve and that she is doing this in one of the most dangerous professions on the planet this is the stuff of Hollywood movies. Whether or not she wins this tussle with Paul Townend she is already a champion.

The dangers of the sport come into sharp focus every time I hear Davy Russell talk about his injuries and his imminent return to race riding. They don’t come any tougher than Davy in any walk of life, but I must say I’m not looking forward to seeing him back in the saddle. It’s going to be a difficult watch.

I know he will be 100% fit and will have passed rigorous physical examinations before being allowed to return but there is an air of the boxer looking for one more shot at the title and that doesn’t always end well.

Finally, with Point-to-Pointing on permanent hold it might be a good idea if HRI scheduled some extra 2m4f bumpers in the coming weeks to give the point-to-point guys a suitable outlet.