Benefit of the doubt 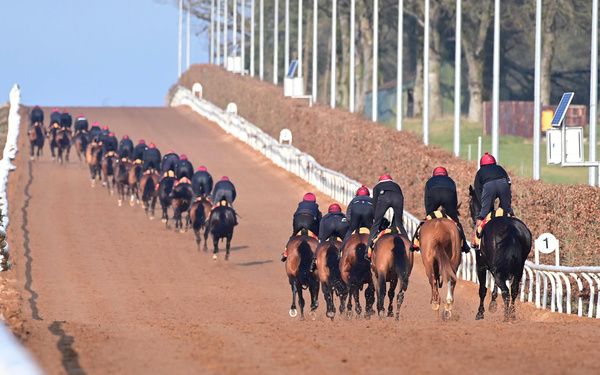 Horses working on a gallop at Ballydoyle
© Photo Healy Racing

In each case, in adherence to the rules, the winning horse was automatically disqualified from the race it had won, but aside from that there were varying penalties and sanctions imposed on the trainers responsible for those horses. The Referrals’ panels take into account all aspects of each individual case, including submissions from the horse’s trainer as to how the offending substance may have entered the horse’s system, before deciding on the penalties on a case by case basis.

This latest set of cases didn’t involve the detection of any performance enhancing steroids but instead a motley crew of other substances that triggered a ‘positive sample’ including the presence of a cattle wormer in one and traces of a human pain relief gel for muscles and joints in another.

In more than one of these cases the trainer had no definitive answer as to how the substance had got into their horse’s system and the Referrals panel had to go on the ‘balance of probabilities’ to come up with their sanctions.

This is a common theme across these cases over the years and leaves the sport open to criticism that it is not hard enough on those that breach the rules. When there is no definite cause of the contamination there is a tendency to give the benefit of the doubt to the trainer or take into account some mitigating circumstances.

Perhaps a different system could be employed which puts less emphasis on trying to find a plausible explanation for each individual offence - in many instances there isn’t one - and instead takes a more uncompromising approach whereby there is a totting up system similar to speeding offences when driving a car.

Obviously, if a horse is found to have been doped deliberately to win or lose that is a different matter and should result in the automatic rescinding of a trainer’s licence, but when we are talking about technical breaches of the rules it would be much more transparent if there was a simple totting up scale used to determine the sanctions.

In two of these recent cases the trainer was breaching the rules for a third time, yet that didn’t seem to be a deciding factor in the penalties imposed. Instead each breach appears to be judged on its individual merits and is sanctioned accordingly.

Elsewhere last week we saw another case of the mistaken identity of a horse at a racecourse. The Shane Broderick-trained Grove Island was due to contest a Maiden Hurdle at Kilbeggan but the horse that arrived at the track was in fact a seasoned campaigner called Plinth which is trained by Enda Bolger. Fortunately in this case the error was picked up by an IHRB Vet when the wrong horse arrived at the course and was scanned with a microchip reader and not allowed to race.

There was a similar incident at Galway Races last July when a wrong horse won a race and was only detected when it returned to the winner’s enclosure and had its microchip read. On that occasion two horses from the one stable that were due to compete on the same day got mixed up in the stable yard.

Both Grove Island and Plinth had spent a period of time at their owner JP McManus’ Martinstown Stud prior to being sent to their respective trainers and it appears this was when the two horses’ identities got mixed up. I’m not sure how long the two trainers had the horses in their care but considering one was a 4-y-o and the other a 12-y-o you’d think someone might have spotted the difference even without checking the microchips.

Over the years I’ve had the pleasure of visiting Ballydoyle on several occasions for Press mornings where Aidan O’Brien talks about his horses as they work on the gallops. He would have north of 100 horses in training at any one time and the vast majority are two and three-year-olds so it’s uncanny how he can name each of them and/or their pedigrees as they gallop past. He can also address each of the identically clad work riders by name as they walk past to give him a debrief. Considering I often mix up the names of my own children that is some achievement, but then again, I’m only taking Aidan’s word for it that they are all who he says they are.