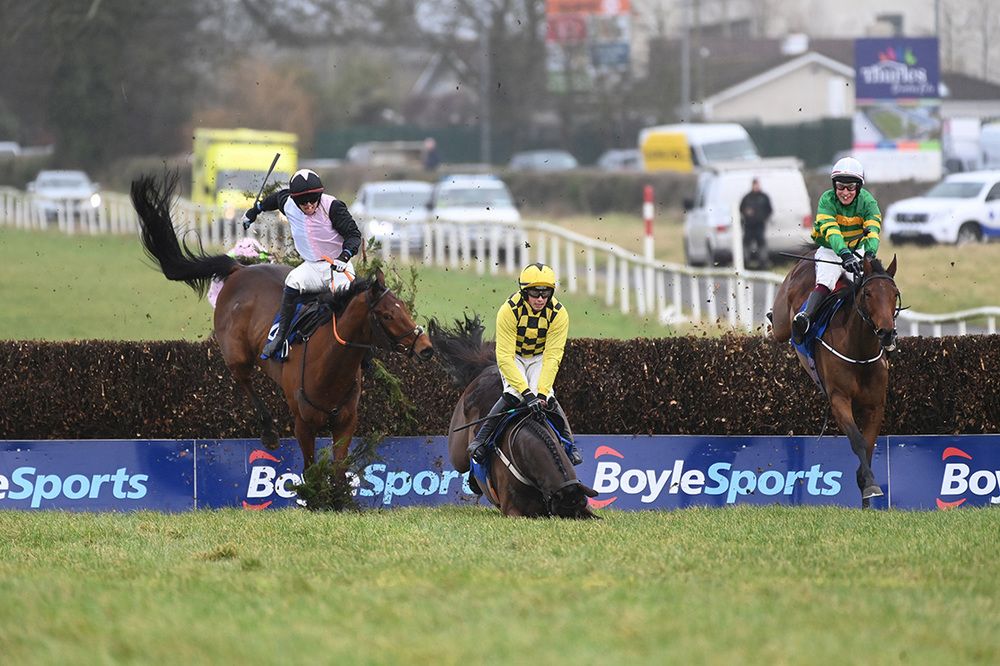 It’s great to see the racing industry coming together to support the ‘Hay’ How are ya campaign to raise awareness of mental health issues within the equestrian community and help eliminate the stigma associated with depression.

All across society people struggle with their mental wellbeing and the racing industry probably has more of a problem than most other occupations in this regard due to the extreme highs and lows of a life working with horses. Whether it’s dealing with the trauma of losing a horse, the constant risk of injury, the pressure to produce winners or simply trying to make ends meet in a highly competitive environment, almost everyone within racing must experience significant lows at some point in their careers.

Ireland is ranked the third highest country within Europe for mental health illness with 18.5% of the population reported to be suffering from anxiety, bipolar disorder, depression or alcohol/drug use in a 2016 European wide study. Recent studies carried out among jockeys and trainers in Ireland indicate that they are twice as likely as an average member of the population to suffer from mental health problems.

Like any problem, early intervention is the key to a positive outcome and the ‘Hay’ How are ya campaign aims to achieve that by simply asking those around us how they are getting on and listening to what they have to say. This is a very positive action considering how difficult it is for people in Ireland to access professional mental health services.

I have a friend who has recently been prescribed antidepressant drugs by his GP while waiting for an appointment to see a mental health counsellor. He has been told it could take as long as three years to get an appointment.

News in The Irish Field over the weekend that there is discontent within the Association of Irish Racecourses (AIR) over the latest Media Rights deal is not surprising. It seems to be that several of the smaller independent tracks are feeling somewhat aggrieved over the lack of transparency about the details of the new deal and are ultimately unhappy about their share of the pie.

It would appear from the outside looking in that it must be close to impossible to get consensus among a group of racecourses with such varying levels of appeal to broadcasters.

AIR is represented in negotiations with TV companies and media organisations by Horse Racing Ireland’s (HRI) media rights committee. It is this committee which thrashes out a Media Rights deal every five years on behalf of all 26 Racecourses and the headline numbers are impressive. The current deal, running to the end of 2023, is worth €40 million a year.

Of course the devil is in the detail and not all racecourses get an equal split of the money. Firstly, only around 85% of the money actually goes to the racecourses with some 15% of the total diverted to HRI for the supply of pre-race data to the broadcasters. Then the racecourses which stage the bigger races get a significantly larger chunk of the pie than the smaller courses.

Determining which courses get what allocation of the money must be a delicate balancing act, especially when you consider that four of the racecourses are owned by HRI. It is also HRI which decides the number of fixtures each racecourse will hold each year and the quality of races that will be staged there.

That said, even the smaller tracks are rewarded handsomely for staging a race meeting with a minimum daily payment of around €60,000 in Media Rights money before any punters come through the turnstiles.

Not too long ago it was one of the bigger racecourses, Punchestown, that was reported to be unhappy with their share of the pot and there was talk of them going alone and negotiating their own Media Rights deal.

It’s not hard to see why a Grade One track like Punchestown would potentially be better off on its own. When the Tote World Pool was run on Irish Champion Stakes Day at Leopardstown last September the track received over £500,000 in Media Rights payments for that one meeting alone.

The best of luck to AIR’s incoming CEO Paul Hensey whose initial task in his new role will be to quell the latest unrest and keep all 26 racecourses within the association.

The return to the saddle of Davy Russell just one month after his shock mid-season retirement got me thinking about who else would still be sought after if they made a similar u-turn.

Ruby Walsh is the most obvious. He is only a month older than Russell, and while he has been retired for three and half years at this stage, I’d imagine he’d still be a hot property if he announced he was coming back for Cheltenham where he was the leading rider at the festival on 11 separate occasions.

David Mullins is another. The Grand National winning jockey is only 26, 17 years younger than Davy Russell, so there is still plenty of time for him to have a change of heart and return to race riding at some stage.

Nina Carberry would cause quite a stir if she came back to the Amateur ranks. The 38-year-old is certainly young enough to do so and fitness is hardly an issue for the 2022 Dancing With The Stars champion and Ireland’s Fittest Family coach.

Paddy Flood is another ex-jockey that wouldn’t be out of place back on the racecourse. He won the Irish Grand National as a 21-year-old aboard Hear The Echo in 2008 and since his retirement has spent the last six years keeping fit by training the next generation of jockeys in RACE.

Then there are a pair of Former Champion Flat Jockeys, Joseph and Donnacha O’Brien, that are still on the right side of 30. While a return to the Flat, or for that matter a go over jumps, is highly unlikely the Champion Bumper is a race that might tempt one of them at some point. Joseph has form in the race having previously partnered his father’s Shield at the Cheltenham Festival as a teenager.

Willie Mullins hit his latest career milestone over the weekend when he trained his 4,000th winner. He is only the second Irish trainer to do so after Dermot Weld achieved the same landmark in 2016.

Jump racing can be such a tough sport. Jack Kennedy, who’s career has been blighted by injury, was flying on all fronts going into Sunday’s meeting at Naas. The 23-year-old was having his best season ever and was already 18 winners ahead of reigning champion Paul Townend in the race for the Jockeys Championship when disaster struck again.

Leopardstown bucked the trend over Christmas with attendances over the four days up 6% compared to the pre-Covid numbers in 2019.