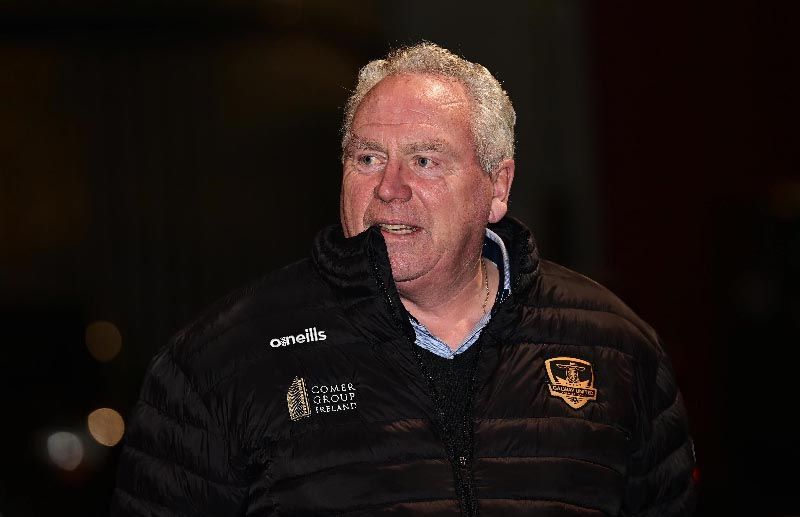 I'm from the Navan Road, Ashtown, Co Dublin and there were a lot of horses trained in the Phoenix Park at the time. When you were a kid going to the Phoenix Park races, it was very glamorous. It was a lovely way of life in the 60s. The course was idyllic, it was like old Victorian and beautiful, and it was very popular with Dubliners. They got big, big crowds.

I started with summer jobs with trainers like John Daly and then bought and sold a few horses. I then went to work for Minolta in order to get enough money to train. I wanted to go training but you just couldn't do that without money. I travelled the world with them, they did photocopiers and fax machines - I went all over America including Hawaii and places that were very exotic in the late 70s. I enjoyed that, but technology was moving on and I only wanted to do one thing and that was train racehorses.

I had enough money to buy my first yard in Brownstown on the Curragh. That's where I kind of started as I was renting yards before that. My first winner was Mr Trumps in Tramore (in May 1998) and we backed him from 33/1 to 6/1 and he duly obliged, he was a fair horse. I used to break a few horses for Paul Doyle and, when Paul died, I bought a few off him and he was one of the ones I bought. He won again (in Roscommon) and we sold him to England. He was a great start for me. Then Slightly Shy won three on the trot for me. Those horses put me on the map. I was always dual purpose, my first love was National Hunt racing. In those days I would do anything just to survive, you trained whatever you could get your hands on. You hadn't got the luxury of being able to specialise. It was tough in the 80s. The only real way we had to survive was selling or landing a touch here and there. That was everybody, that wasn't just me.

I sold Brownstown and I bought Maddenstown Lodge Stables (on the Curragh) when David Hanley was going to America. Senator Parkinson trained there very successfully in the past. I have an old history of the stable and in one year he trained winners in Ireland, England, America, France, Germany and India. I think it was in the era before the start of World War One. At that stage in Maddenstown there was a carpenter full-time, there were farriers, blacksmiths and everything was in house. It was a huge operation. It is steeped in tradition and history - Liam Browne trained there very successfully for a long time.

I won the Ulster Harp Derby with Dragon Triumph (at Down Royal in July 1998) when it was a Listed race. Cobourg Lodge gave us a lot of fun, he won the first two-year-old race of the year (at Curragh in March 1998) and went on to be a very successful horse for us. There was a day where I think I had two winners at Fairyhouse and two at Cork, so that was a big day. There were some great days along the way. I had a very good horse called Parkgate who was a serious horse and he was joint or co-favourite for the Sun Alliance at Cheltenham and he broke his leg three weeks before Cheltenham. Barry Geraghty rode him in Gowran Park (January 2000) and he won very easily He beat a horse of John Kiely's (Take Five) into fourth and he was runner-up in the 3m2f handicap hurdle at the festival that year. You have some huge disappointments along the way. 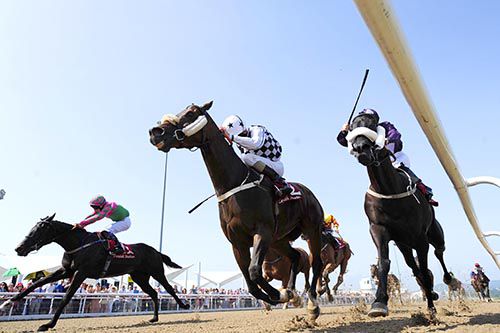 I knew Luke Comer from racing, not particularly well, just well enough to say hello to him and maybe have a cup of tea. He wanted someone to help him because he runs a big company and lives in Monaco, he can't be here all the time. He asked me to come in and help out and I did as assistant trainer. We get on really well. He's a great man and we have been working together for six years now. The horses are trained in Kilternan beside Leopardstown. He has miles and miles of very, very well-kept gallops. We have a huge walker with a spa on the inside of it and it takes up to 50 horses. The place is designed by Luke himself, he's a very good engineer. Staff all live on site in free accommodation. He is a huge sponsor of Irish racing, he sponsors the Group 2 Curragh Cup and the Irish St Leger. What Luke would love to do is breed a horse good enough to win Group races. We have 60 in training at the moment and that can go up or down as younger horses come in. We bought Raa Atoll out of John Gosden's and he went and won a Group 2 for us in Germany (May 2019). He was a serious horse and, unfortunately, he broke his leg in the Curragh. To buy a horse out of John Gosden's very cheaply and for him to then go on and win a Group 2, and to improve, is a fair achievement. In fairness to Luke, he picked him out and bought him at Tattersalls in Newmarket. I still train the odd one in Maddenstown, I only have two or three, it is just to keep an interest. It is only a hobby really.

It is a bit stressful because it is a results-based industry, but I absolutely love horses and love being around them. There are some mornings when you are out there and it is just so beautiful watching the horses coming by. I'm very lucky to be in a position like that and to enjoy that. There are some fantastic times and it is a joy to go racing every day. There is the thrill of getting a winner and that is only because there are so many disappointments in racing, and that is everybody no matter who you are. There are some fantastic people in racing especially the lads and lasses that look after all the horses. People don't realise how much work they do and how dedicated they are to horses. People try to knock our industry, but it is a very important economic factor for Ireland.

I was born and bred on the Curragh and my dad was Dessie Hughes the horse trainer. When I was younger, I got married and moved away to England, had children and returned home about 17 years ago. I came home with the three children and started working with my dad straight away. In the early days, I took a prominent role in the office on the business side of things. Then as the years went on, I would have taken more of a role in supporting him and going to race meetings and sales he couldn't get to.

I'll be nineteen this year and am from Bellewstown in Co Meath. My first winner came at the local track and luckily I have a good strike-rate there. That was on Pretty Little Liar for David Dunne in July 2021 and was not long after I had taken out my licence.

Gortnahoe in north Tipperary is my homeplace and I'm from a very sporty family.

I'm originally from Templepatrick, Co Antrim and my father Wilson Dennison has been into racing all his life, it is what we grew up with and were raised with. I evented and hunted all my life, and then had an accident in 2015 and was told I wouldn't ride again. I just didn't know what else to do, so I got into the racing. I had a good platform to start from with my father.