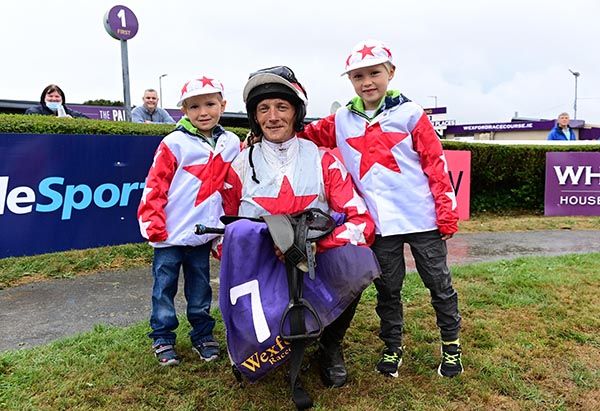 Bustin was being pursued by three-times Champion Jockey Davy Russell on Elusive Sea approaching the final flight but secured a better jump, and at the line defeated Dot Cotton into second, with Elusive Sea finishing third, following her late blunder.

Delighted Bustin later reported "I rode one winner in a point-to-point in 2013 and then gave it up for six or seven years. I'm back at it now and myself, my brother-in-law and my wife own her. I said I wouldn't ride again until I had my own horse because there's no pressure and I can do whatever I want.”

He added "I didn't see much during the race bar Darragh (O'Keeffe, on Stellar Symphony being up beside me. She was travelling all the way and I thought it will have to be something good to come from behind and beat me.

"She was placed the last two times with me, has done everything right and Charles has done a brilliant job. I was hopeful today, it seems the three miles suited her and she jumped like a buck. Her jumping let her down the other days and I'm delighted she has finally got her nose in front.”