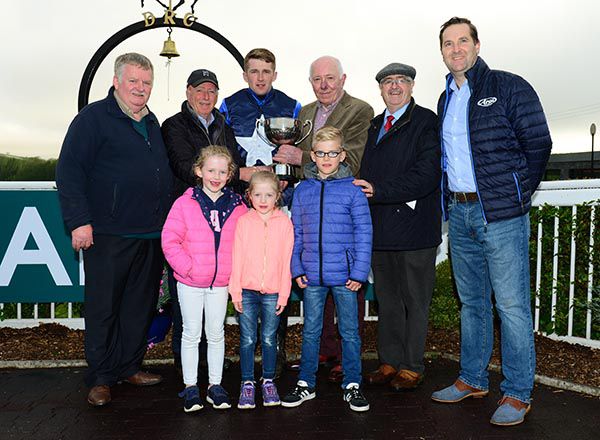 The son of Gamut won three consecutive point-to-points last winter and while he failed to win any of his last three starts, two were in useful hunter chase company and today he justified 5/2 favouritism when beating My Oaklahome by two lengths.

Newry based trainer McParlan said "he stayed on well and finished it off well. Deccy (Lavery) said he gave him a wee breather at the top of the hill and he would come again.

"His Cork run was a brilliant run and then he went to Fermanagh (Necarne) and it was bottomless and he just didn't handle it. That was just nice ground tonight.

"He's for sale if someone comes with a fat purse!"