'Wonderful' Draycott records yet another success 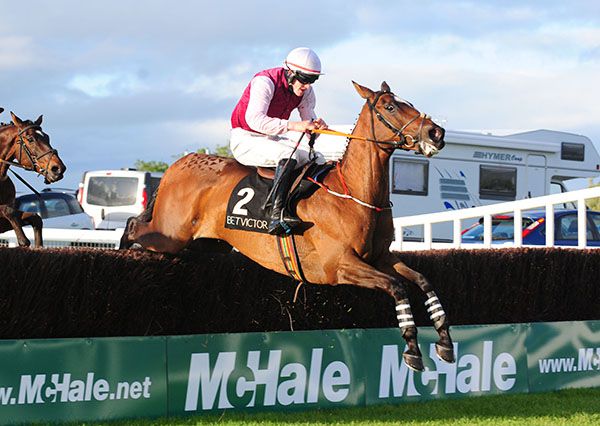 Draycott Place got revenge on Rocky Court in the BetVictor Handicap Chase.

The pair finished first and second in this very contest twelve months ago, with Rocky Court coming out on top by a nose.

However, the race was subsequently awarded to Draycott Place after Rocky Court failed a drugs test.

The duo again filled the first two places this evening, with Draycott Place coming home five and a half lengths to the good over his old adversary.

The John Ryan trained victor was ridden to the front from the second last and extended his advantage on the run-in, scoring at the odds of 8/1 under seven pound claimer Liam Quinlan.

Rocky Court (7/2f), on debut for Tony Martin, had to settle for second, while Punches Cross (5/1) was another two and a quarter lengths back in third.

“He doesn’t do a stroke at home so you have to run him. If you don’t run him you'll never get him fit. We ran him twice over hurdles to get him ready," Ryan revealed.

"Everyone has their own way of training and you have to run them to get them ready. If I didn’t run this horse often I’d never get him ready.

"He is a classy horse and when I saw him the parade ring today he looked overweight. He is a wonderful horse.

"I don't kill him with work at home. He loves racing and loves coming to the races. He is only ten so there is lots left in him yet.

"He won three last year and he'll go for the same races again. Hopefully the handicapper won't be too hard on him."