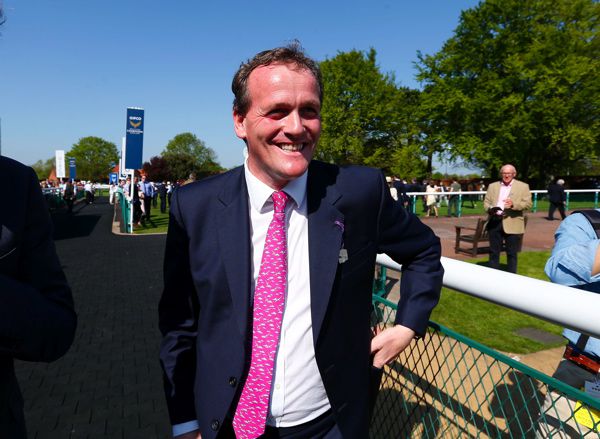 Richard Hannon’s Boitron will face nine rivals in the absence of Too Darn Hot in the Watership Down Stud Greenham Stakes at Newbury.

John Gosden’s Guineas favourite was due to go off at prohibitive odds on Saturday — but without him, the race appears highly competitive.

Boitron ran well in Group One company on his final start at two in France, but he will face a handful of unexposed colts.

Aidan O’Brien’s So Perfect is one of 16 in the Dubai Duty Free Stakes, better known as the Fred Darling.

She was second to Advertise in the Phoenix Stakes, and not beaten far by stablemate Fairyland in the Cheveley Park last year.

Ralph Beckett’s Dancing Vega created a bit of a stir when winning by four lengths on her debut at Doncaster, and steps up in class.

After failing to feature in the Derby, he finished last season with two wins and could be a major player in the Cup races this season.

Laraaib, Mootasadir, who has made giant strides on the all-weather, Defoe, Communique, Marmelo and Aspetar are among a field of 10.