3 from 3 for Maguire at Leopardstown Christmas 2018 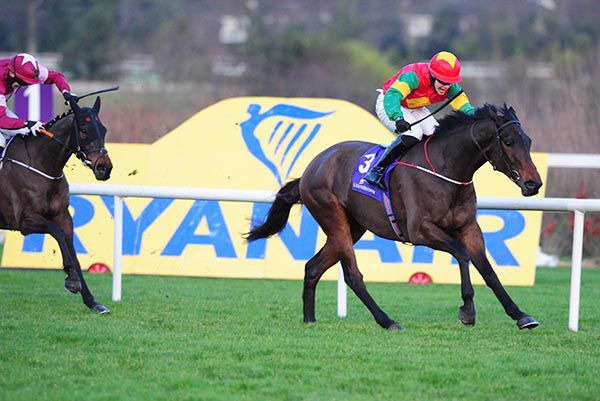 All three of Finny Maguire's rides at the Leopardstown Christmas Festival 2018 came home in front, the latest being Benruben (33/1) on his debut for the John Nicholson stable in the O'Driscoll O'Neill Insurance Brokers INH Flat Race.

On St Stephen's Day Maguire triumphed aboard Jessica Harrington's Exit Poll (10/1) whilst the following day Dermot Weld's Neptune (7/1) did the business under the Cork man before he rode a second placer at Limerick yesterday.

Back to the Foxrock venue today and Maguire secured first run on Benruben who kept on gamely to repel Conflated and Mt Leinster (4/6) by three parts of a length and half a length.

“I think he's very good. He has pleased us in all his work,” said Nicholson.

“He came to me about three months ago and everything he did was perfect, all the way. I thought he was a very good horse.

“We're going to go straight novice chasing with him. He won't go hurdling.

“I told Finny 'bide your time and I think he'll run well' so I was happy.”