59/1 Wexford double for McManus and O'Keeffe 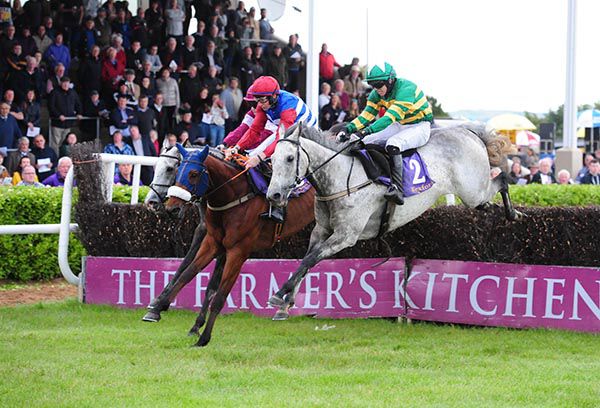 A son of Verglas, the successful grey certainly wasn’t bred for racing over fences but he proved himself well up to making a winning start at this game.

The 13/2 shot added to five Flat victories and three hurdle wins, here getting the better of Jan Maat and Djingle by a length and two lengths.

Gigginstown House Stud own Jan Maat and they also had the fourth home, 5/4 favourite Morgan

"That's nine wins now for us and he is a great little servant. He was hardly ever out of the first three last year," said Roche.

"Darragh gave him a great ride, he is a free seven pounds.

"He is a summer horse and as long as the ground is good we will keep him going."

For his part Darragh O'Keeffe revealed: "That's my third double and my twenty third winner overall. I have another two winners to get before I lose the seven."