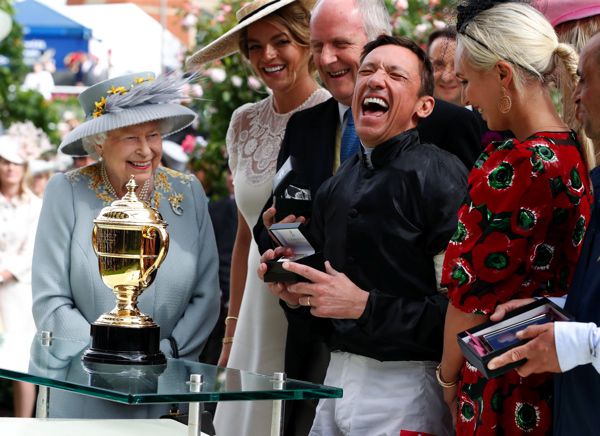 Frankie Dettori will have a minimum of five rides when he returns to California for the 36th Breeders’ Cup this week.

It is 25 years since the popular Italian broke his duck at America’s showpiece meeting — steering the brilliant Barathea to victory for Luca Cumani in the 1994 Breeders’ Cup Mile at Churchill Downs.

Wind the clock forward a quarter of a century, and Dettori now has 14 Breeders’ Cup wins on his CV — reaching that figure when the brilliant Enable won the Turf last year on what was his 100th ride at the meeting over those years.

There is no Enable to look forward to this time at Santa Anita, but Dettori’s agent Ray Cochrane believes his client and close friend still has some strong chances at the meeting, which will be live on Sky Sports Racing.

Cochrane said: “Frankie will be riding A’Ali for Simon Crisford in the Juvenile Turf Sprint and Walk In Marrakesh in the Juvenile Fillies Turf. It looks like they are his only two rides on Friday.

“On Saturday, he’s down to ride Imprimis in the Breeders’ Cup Turf Sprint. He rode him in the King’s Stand at Royal Ascot earlier in the year, where he didn’t run too badly (finished sixth).

“He’ll then be on Fanny Logan for John (Gosden) in the Filly & Mare Turf, if she gets in, and he’ll ride Hey Gaman for James Tate in the Breeders’ Cup Mile.

“There is one other ride that I can’t confirm yet — I think that will be a late call by the connections.

“Either way he has five nice rides there, and I would say A’Ali would be the best of them.”

The Simon Crisford-trained A’Ali brings outstanding credentials to the table — having won the Norfolk Stakes at Royal Ascot, the Prix Robert Papin at Deauville and the Flying Childers at Doncaster this season.

Fanny Logan is also of interest in the Maker’s Mark Breeders’ Cup Filly & Mare Turf after a run of four consecutive victories. Dettori has already won the Group One prize twice before, aboard Ouija Board (2006) and Queen’s Trust (2016).