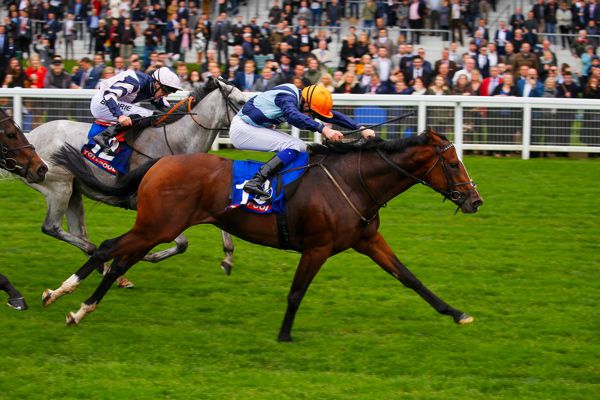 Eve Johnson Houghton was delighted with Accidental Agent’s return to action in the Lockinge Stakes at Newbury and is excited about defending his Queen Anne title at Royal Ascot.

Sent off a 33/1 chance on his comeback, just as he had been when causing a shock at the big meeting last year, Accidental Agent finished third behind Mustashry and Laurens on Saturday.

"I was absolutely thrilled with him," said Johnson Houghton.

"We knew he’d need the run slightly, and I would have preferred to have given him one somewhere first, but there was nothing really suitable.

"It was his first outing for seven months, so I think he ran as well as could have been expected. We were delighted."

"Everyone says the milers are a really poor division at present — but you try winning one of them. It is very tough.

"No doubt he'll be a big price in the Queen Anne. But he won’t know that, and it didn’t stop him winning last year.

"He's versatile regarding ground - he's won on fast and slow, so we’re not too bothered on that front."